Why did Japan attack Pearl Harbor? 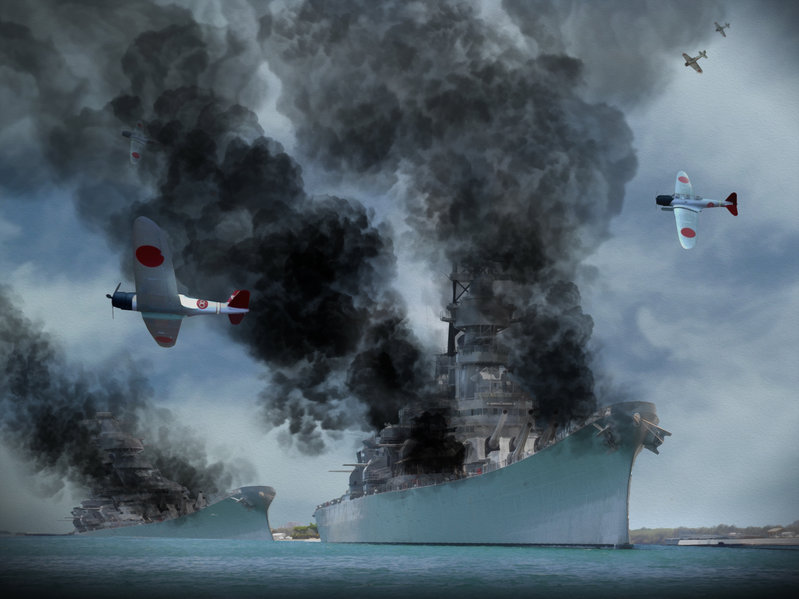 Why did Japan attack Pearl Harbor?

Ninety years ago, Japan’s economy was quite bad and the unemployment rate was high. In the farming areas of Japan, the situation was especially dire because of continuous bad weather. The Japanese military invaded part of China in search of new land and raw materials and created a nation called Manchuria to rule the area. Then, they occupied several Chinese cities one after another and went to war with China. The war lasted a long time and Japan penetrated South Eastern Asian countries and regions and the Pacific islands in search of natural resources to continue the war.

To stop Japan’s aggression, the US banned the exportation of oil to Japan. Japan was cut off from the supply of natural resources and its “back was against the wall,” so to speak. On December 7, 1941, Japan attacked Pearl Harbor.

The roots of the Pearl Harbor attack stretch back several decades. After the rule of the Tokugawa Shogunate government ended in 1867, the Emperor came back into power and the Meiji Period  began. (known as the Meiji Restoration)  After that, Japan won the Sino-Japanese War (1894-1895) and the Russo-Japanese War (1904-1905) and advanced to the Chinese continent.

Japan did not even have a military before Meiji Restoration. When Japan started diplomatic relationships with Western countries after ending its seclusion policy, the Meiji government considered that it was necessary to have a strong military to be modernized and become a country like the US or European countries. Then they imitated Western countries and attempted to colonize neighboring countries.

In 1931, the Japanese Army intentionally blasted the South Manchuria Railway and then claimed that it was an act of China. Using this as a reason to start a war, the Japanese sent military troops to many regions in China and conquered several cities with force. The following year, Japan made a state of Manchuria, which was actually a “puppet state” of the Japanese Army.

Why did Japan invade Manchuria, China?

It is said that Japan invaded Manchuria for two reasons:

The Japanese military also deployed troops in other areas in China, and in 1937 Japan entered another war with China. At that time, the US had a policy of not exporting goods to countries at war. Therefore, neither China nor Japan declared war against each other, as they would be in trouble if the US stopped exporting supplies to them. In fact, at that time, Japan called this war the “China Incident,” stressing the point that it was not a war.

The area where Vietnam, Laos, and Cambodia are located was called French Indochina back then, and it was a French colony. By that time, Germany controlled most parts of France. Therefore, Japan was able to send troops to Indochina relatively easily. This was not unacceptable to the US. The Japanese government thought that either the US or the UK would declare war against Japan when it invaded French Indochina.

US Sanction against Japan

The US suspended the exportation of raw materials such as oil and iron to Japan and froze Japanese assets within the US. The UK and the Netherlands joined the US and suspended exportation to Japan. Japan was cut off from supplies of raw materials. The nation’s aggression had faced criticism from the US and European countries ever since Japan had occupied Manchuria. In those days, the Chinese continent was an enormous market for the US and European countries, as they could make money buying and selling merchandise. However, if Japan occupied China, the former would monopolize the big market. The US was not happy about this. In 1940, Japan entered the Triplicate Pact with Germany and Italy, which was interpreted as the ultimate conflict with the US and the UK. In addition, the Philippines was a US colony where the US could make a large profit, and the US thought that the Japanese military was a threat when they advanced to Indochina.

Failed negotiations with the U.S.

The embargo by the US crippled the Japanese military as if was military attack.

When the US cut off Japan from its supply of raw materials, Japan tried negotiating with the US, asking to resume the exportation. The US, however, demanded that Japan withdraw from Indochina and China and made other provocative demands—known as the Hull Note. Japan could not accept this and concluded that it had to go to war with the US.

Around this time, the US thought that it would not be a good idea to start a war with Japan, as Germany and Italy were winning battles in most parts of Europe and the UK was weakening. However, in June 1942, when Germany violated a non-aggression treaty and invaded the Soviet Union, the US thought that it could compete with the Axis powers (Germany, Italy and Japan) by having Russia join the Allies.

Now the US did not need to end the negotiation compromising with Japan. The US thought it would be better if Japan, and not the US, started the war. At the time of the presidential election, President Roosevelt promised that the US would not go to war with other countries. Also, there was a strong sentiment in the US that the nation should not be involved in a war with another country. Therefore, it was hard for the president to declare that the US would declare war itself. Provoking Japan and having that nation start the war was an alternate idea.

War seemed inevitable for both Japan and the US. The Japanese government and the military believed that Japan would be at a disadvantage if it remained at war for a long time, as the US was much more powerful militarily and economically. They thought it would be necessary to inflict significant damage on the US at the beginning of the war so that the US would lose its will to continue. That way, Japan could negotiate with the US again. They came up with the idea of attacking Pearl Harbor and destroying the US Navy as quickly as they could, then ending the war.

This abrupt attack shocked and angered the American people. The world regarded this as one of the most cowardly acts of all time.

Some scholars argue that President Roosevelt knew one or two weeks beforehand that Japan would bomb Pearl Harbor. In fact, on November 30, the Hilo Tribute Herald, a Hawaiian newspaper, ran a headline on its front page, stating, “Japan May Strike Over Weekend” and continuing, “Tokyo Desperate as Talks Collapse.” 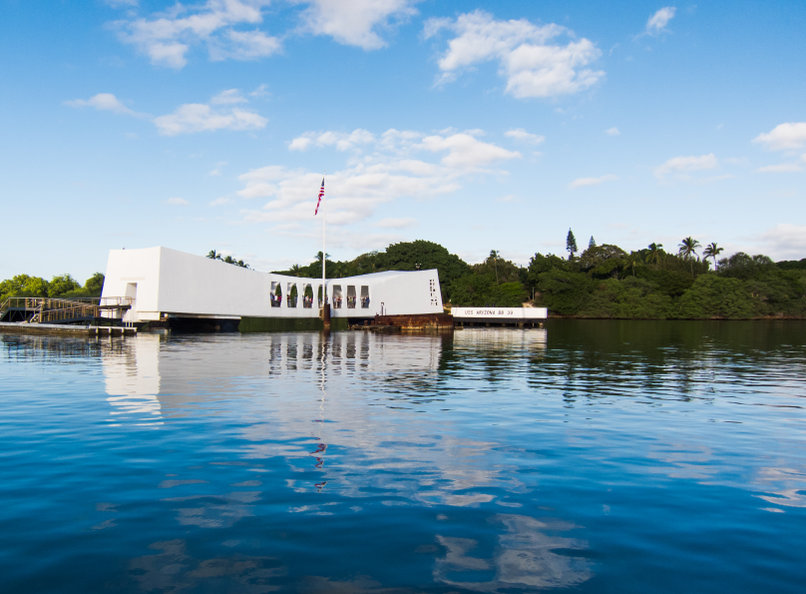 Japan invaded Chinese resource-rich province and started war against China. Japan then invaded oil-rich French Indochina to gain raw materials needed for war. The US considered Japan’s aggression as a threat and they suspended export of oil to Japan. Japan tried to negotiate with the US to have the export of oil resumed but the negotiation failed as the condition the US suggested was provocative. Japan then planned the Pearl Harbor attack.