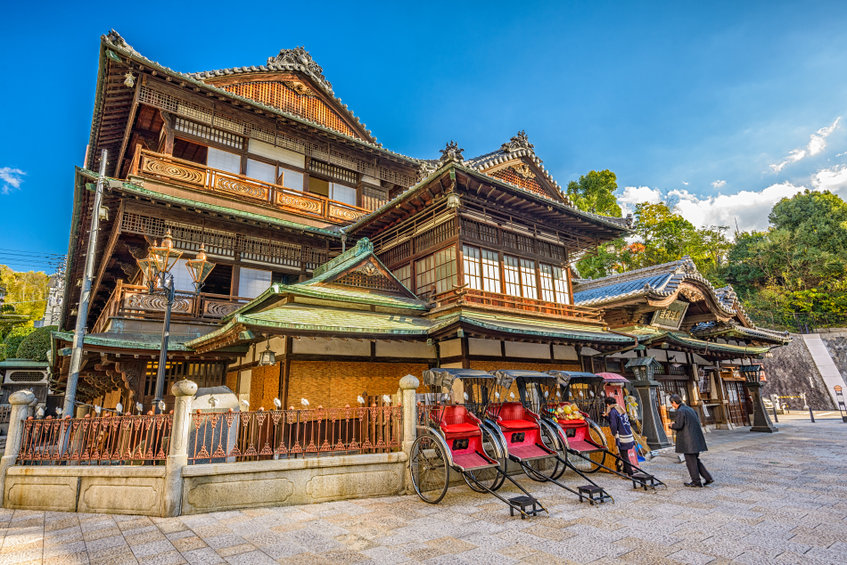 “Social changes” during the Meiji Restoration are expressed through a special and generic term in Japan: “Bunmei Kaika.” Its literal translation is “blooming of civilization” but it was actually coined by Fukuzawa Yukichi as the translation of the English word “civilization.”

During the Meiji Restoration, “social change” was synonymous with modernization and Westernization. Japanese people readily accepted such drastic social changes. In the days of the Meiji Restoration, it was believed that the way to modernization and Westernization was to deny the old things of the previous era, which were regarded as barbaric and uncivilized. To promote the adoption of Western culture, “Bunmei Kaika” became a slogan during this period. The whole of Japan became interested in Western culture and began actively adopting it.

In some ways, the worship of Western civilization created a sense that Japanese traditional culture was inferior, consisting of old habits. This was the negative effects of social changes during Meiji Restoration.

Following are the social changes brought about during the period of the Meiji Restoration.

Many companies known worldwide were founded during Meiji Era. Examples of these companies are Toshiba, Noritake, Yamaha, Nippon Express, Hitachi, Shiseido and Nintendo.

Modernization of the system

・There was no military in Japan during the Edo Period. However, the Meiji government believed that having a strong military was essential to be a nation like the U.S. or European countries.

・Telegraph – When the telegram system first started, many people didn’t understand what it was. When they heard that messages traveled through the wires, some people thought that the telegrams were delivered “physically” through the wires. Some even thought that telegrams were delivered through the power lines in the form of letters; thus, they waited at the nearby transmission tower all day for telegrams to arrive, bringing their lunch, laying out a mat, and sitting there. Others mistakenly thought they could deliver parcels to distant places by telegraph and therefore hung parcels on the tower. This sounds like an urban legend, but these stories were recorded.

・Postal system – The postal system was started in 1871, running between Tokyo and Osaka. The system spread nationwide in 1872.

・Railroad – In 1872, the railroad between Shimbashi and Yokohama was opened and steam locomotives began to operate.

・Rickshaw – The “jinrikisha” is a vehicle invented in Japan, based on the Western horse-drawn carriage.

Banning of “mixed bathing” by law

During the Edo Period, mixed bathing in public baths was common. The Shogunate government tried to ban it several times but there was strong opposition from the public bath industry because the fuel cost would double if the bathrooms for men and women were separated. Mixed bathing at public baths was surprising in the eyes of Westerners, and the Meiji government attempted to ban it in the early Meiji Era. The government enforced local ordinances in various regions but it was not until the end of the Meiji Era, which was nearly 40 years later, that mixed bathing was diminished.

・The Meiji government built Western-style buildings and used the media to promote them to the public.

・Gas lamps – Gas lamps greatly changed the nighttime scenery of cities. In areas such as Ginza, gas lamps were installed on both sides of the roads, and lamps became popular in private homes. Thanks to these changes, the streets became brighter at night and people could stay active until late.

・Ginza – Ginza was the center and symbol of the Bunmeikaika. Over 100 years after the Meiji Era, the first McDonald’s restaurant, first Starbucks store, and first Apple retail store in Japan were all in Ginza.

・Tomioka Silk Mill (started operation in 1872) – To promote modernization, the Meiji government also focused on the construction of Western-style factories. During this period, Japan’s first factory, the Tomioka Silk Mill, was built. It was registered as a UNESCO World Heritage Site.

・The Imperial Hotel, currently one of the most prestigious hotels in downtown Tokyo, was opened in 1887.

In 1875, an ordinance was promulgated, requiring all people to use surnames. This was followed in 1898 by the adoption of the same surname for married couples under the Civil Code.

・An order was issued to cut off samurai-style hair. “Zangiri-atama” is a hairstyle in which the “chonmage” (topknot) is cut off and kept short. In 1871, the Meiji government issued an “order to cut the topknot,” urging people to stop wearing the chonmage. The Emperor of Meiji and other high-ranking government officials also had their hair cut short. The government forced people to change their hairstyle because the chonmage was seen as a barbaric custom in the eyes of Westerners. The abolition of the chonmage was also an important policy showing that Japan was aiming to become a modern and civilized nation.

・Order to abolish swords – A law prohibiting the former samurai class from carrying swords was enforced. Even today, there is a law controlling the possession of swords in Japan.

・Western-style clothing – The first Japanese to wear clothes were the imperial family and the military personnel. Around the same time, it was decided that formal wear for government officials must be western-style clothing. This was also adopted for police and postal uniforms.

・Meat-eating (sukiyaki, beef hot pot) – In the Edo period (1603-1868), Japanese people were not in the habit of eating meat, but beef hot pot became popular.

・Drinking milk – People started drinking milk. They added coffee to milk as if it were a spice.

During the Edo period, children in Japan learned to read, write, and use the abacus at schools called “Terakoya” (temple school). The school attendance rate was 80% and the literacy rate was 90%, making Japan the most academically advanced country in the world. (The school attendance rate in England at that time was 20% and the literacy rate was 10%). For modernization to be effective, the government thought it was necessary to raise the people’s level of education. They adopted the school education system of Europe and the U.S. This was followed by the promulgation of the school system in 1872. As a result, there were 20,000 schools nationwide.

・Christianity – In 1873, the government removed the ban on Christianity. This put an end to the policy of banning Christianity, which had been in place since the early Edo period.

・Separation of Buddhism and Shintoism – The main purpose of the policy of separating Shintoism and Buddhism was to change Japan’s official religion from Buddhism, which was the dominant religion in the Edo Era, to Shintoism. The Meiji government did not intend to eliminate Buddhism itself. They wanted to wipe out the color of Buddhism from Shinto shrines by prohibiting the practice of “Shinto-Buddhist syncretism” and making Shinto shrines places that connected the emperor and the people. However, this triggered a movement to abolish Buddhism, which led to the destruction of temples and Buddhist objects. The movement was instigated by some scholars and priests, joined by people who had a strong antipathy toward temples. This led to the loss of many Buddhist artifacts of historical and cultural value.

Why did the Meiji reformers want to modernize Japan?

Bunmei Kaika is a term used to describe a social change and phenomenon that occurred in the process of Japan’s modernization during Meiji Restoration.

Since the opening of Japan to the outside world, Japanese customs and practices have been reported from a curious perspective by foreigners who visited Japan. In order not to be misunderstood about the new Japan, the new Meiji government, which was aiming at westernization, called Japan’s indigenous customs and beliefs “evil” and “old customs” and adopted policies to enlighten the people’s “lost mongrel”  In accordance with the policy of the new government, local governments took the initiative to eliminate traditional lifestyle culture and folk customs, and many folk customs have been reduced or discontinued due to the effects of the policy of civilization.

The reason why Meiji reformers wanted to modernize Japan was because they wanted to become equivalent to the Western countries instead of being considered inferior and “barbaric”.  They thought that without modernizing Japan, the country would be colonized. 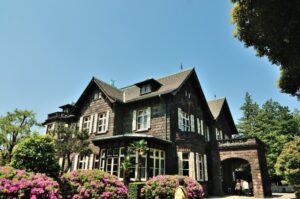 There were some negatives effects of Meiji Restoration as Japan abolished many  traditional things which would be loved by the people in the 21st century.