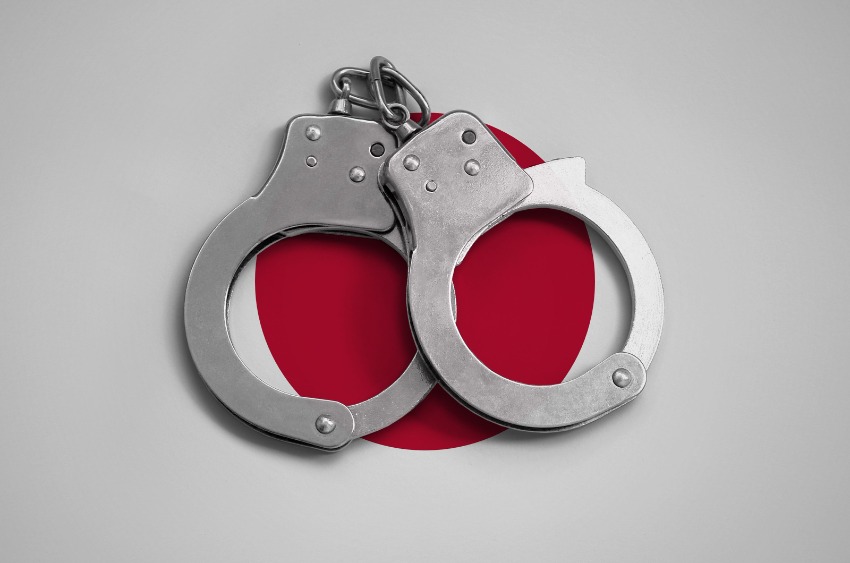 In Japan, there is a law called the “Law for Protection of Birds and Wild Animals,” which prohibits individuals from exterminating pigeons. The law regulates the protection and keeping of wild mammals and birds, as well as the protection of the environment, population control, and systems related to hunting. It prohibits people who do not have a permit from killing or injuring birds and animals. This applies to pigeons, given that they are wild birds.

This means that if pigeons come to your balcony or garden, you cannot exterminate them even if they make a nest or coo too loud.

Injuring pigeons is also prohibited. Even the act of chasing them away can result in penalties, so be careful. You would need to consult with the city office to get permission to exterminate, depending on the situation.

It is illegal to damage the flag of another country in public but it is okay to damage Japanese flag.

It is a crime to damage, remove, or deface the flag or other national emblem of a foreign country with the intent to cause insult to that country. The statutory penalty is imprisonment for up to two years or a fine of up to 200,000 yen (Penal Code Article 92, Paragraph 1). This crime is a custodial offense that cannot be prosecuted without a request from a foreign government.

The act of “dueling” and related acts are punishable

A duel is prohibited by law. A duel occurs when at least two people agree on a date, a time, a place, a method, conditions, etc. to settle a dispute by committing an act of violence against each other’s body or life. Even if a duel does not actually happen, the mere request for or response to a duel is punishable.

A typical example of a duel is a group of motorcycle gangs or other groups that set a date, time, and place for a group fight to determine who is superior to the other. In a duel with many people, it is difficult to determine who assaulted whom and in what manner, so it is highly likely that all the participants will be punished for the crime.

Begging for money is illegal

The Misdemeanor Law makes it a crime to engage in “begging” or to cause others to “beg.” If one begs for money or goods on the Internet, one may be punished as a “beggar” under the Misdemeanor Law.

“Begging” under the Misdemeanor Law refers to the act of repeatedly and continuously asking for money or goods necessary for one’s own or one’s dependent family members’ livelihood by appealing to the sympathies of an unspecified person and offering free or nearly free consideration. In other words, the act of begging for money or goods by seeking “pity” without offering anything in return to the other person falls under the category of “Kojiki”(begging).

In fact, in 2015, an unemployed man who was engaged in “begging distribution” on the internet in Kagawa Prefecture was sent to prosecution.

Exposure of thighs in public is a misdemeanor violation

Exposing one’s body may be charged under the Misdemeanor Law in some cases. Specifically, Article 1, Item 20 of the Misdemeanor Law applies to “exposing the buttocks, thighs, or any other part of the body in a manner that is repulsive to the public.”

Thus, if one exposes one’s buttocks or thighs in a manner that is repulsive to those around them, one may be charged with a violation of the Misdemeanor Law. However, the judgment will vary depending on the degree of maliciousness and the circumstances. Even if the only place exposed is the buttocks, it does not necessarily constitute a violation of the Misdemeanor Law.

Obstructing a funeral is a crime

Obstructing a sermon, worship service, or funeral is a crime.

The crime is limited to three categories: sermons, worship services, and funerals. Obstructing a wedding does not constitute obstructing a sermon.

What is the crime of obstructing a wedding? Because it is considered that one has interfered (by force or deception) with the business of a wedding hall, one is guilty of obstructing business (Article 233 or 234 of the Penal Code).

Carrying scissors shorter than this without a valid reason is also a violation of the Minor Offenses Act and may result in detention. Carrying for self-defense is not considered a justifiable reason.

It is illegal to open a letter sent to a family member.

If you open a sealed letter addressed to someone else including a family member without a valid reason, you may be charged with opening a letter according to Article 133 of the Penal Code, which is punishable by imprisonment for up to one year or a fine of up to 200,000 yen. In addition to letters, bills and the like fall under this category.

It is a crime of fraud if you notice that you received more change but do not tell the clerk.