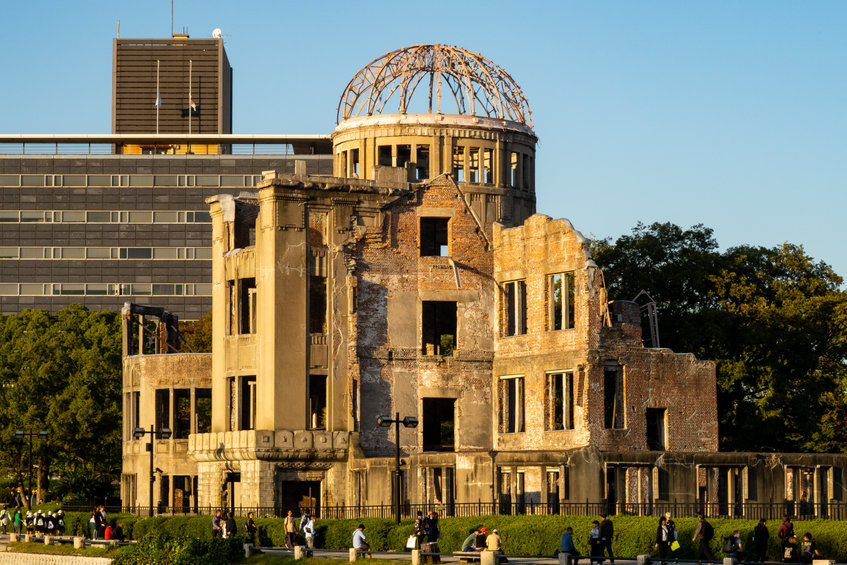 Why were Hiroshima and Nagasaki chosen？

Why Hiroshima and Nagasaki were chosen for atomic bombing.

Why were Hiroshima and Nagasaki bombed?  The U.S. government officially says that the U.S. wanted Japan to surrender as quickly as possible to minimize U.S. military casualties. However, in addition, the Soviet Union’s participation in the war against Japan was agreed upon at the Yalta Conference in February 1945 and the full-scale invasion on Japan by the Soviet was imminent. The U.S. wanted to drop the atomic bomb on Japan before the Soviets’ participation, to gain a dominant position in the world after the war. Furthermore, it was necessary to show the U.S. public that the atomic bomb, which had cost $2 billion, had led to the end of the war. In the spring of 1945, a study of target cities began. Several cities were selected based on how effectively damage could be inflicted. Further air raids on these target cities were prohibited.

Why Hiroshima was chosen as the bombing site?

Hiroshima was chosen as the first target of the atomic bomb because it was the only city, among the selected cities, without an Allied prisoner of war camp.

There are some other reasons why Hiroshima was chosen:

Why Nagasaki was chosen for atomic bombing

Some say that Nagasaki was chosen as the target of atomic bombing because the Mitsubishi Shipyard, which built two of Japan’s largest battleships, was located there.

However, Nagasaki was originally chosen as the third target for atomic bombing because its population was much smaller than those of Hiroshima and Kokura, which was the second target. Also, a prisoner of war camp was there.

The U.S. B-29 bomber “Boxcar,” loaded with the plutonium bomb “Fat Man,” reached the skies over Yakushima Island in Kagoshima Prefecture on August 9. Here, it met up with an observation plane and headed for its primary target, Kokura, present Kitakyushu City, in Fukuoka Prefecture, where the largest weapons factory in western Japan was located at the time. However, the weather was not good and the bombers could not see the city.

Because the dropping of the atomic bombs was to be done by visual confirmation, not by radar, the bombers gave up on Kokura and changed their destination to Nagasaki, which was their second target.

Differences between the atomic bombs dropped on Hiroshima and Nagasaki

Why Tokyo was not selected for nuclear bombing.

Why were Hiroshima and Nagasaki chosen instead of Tokyo? If the atomic bomb were dropped on Tokyo and Japan’s entire political function were lost, no entity would be left to surrender and order a cease-fire.

This would make it even more difficult to end the war. Therefore, it was necessary to retain the administrative entity as a negotiating partner. In addition, Tokyo had originally been destroyed in a massive air raid.

Learn the reason why atomic bombs were dropped on Japan.

The U.S. created atomic bombs because it was warned by scientists, including Einstein, that Nazi Germany was developing atomic bombs.

Was Einstein involved in creating an atomic bomb? 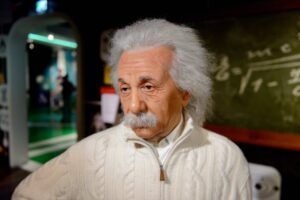 In 1939, Einstein “signed” a letter addressed to Franklin Roosevelt, warning him that Nazi Germany was working on an atomic bomb. Einstein was actually only asked to put his signature on the letter, which had been written by a fellow physicist, Leo Szilard. This was Einstein’s only role in the development of the U.S.’s atomic bombs. Although his equation explained how the energy release worked in an atomic bomb as a theory, Einstein did not refer to how an atomic bomb could be created.
In addition, Einstein was considered a left-leaning activist by the U.S. government. Therefore, scientists involved in the Manhattan Project (which developed the atomic bomb) were forbidden to contact Einstein. Einstein has often been misunderstood and was frequently asked about his role in the project, as if he had cooperated in making atomic bombs. However, Einstein was a pacifist and was never involved in the development of atomic bombs, nor was he in favor of their use. Nevertheless, the letter he signed led to the “Manhattan Project” and the development of the atomic bombs dropped on Hiroshima and Nagasaki.

・It was Szilard who wrote the letter to Roosevelt, but it was Einstein who signed it. This was because they thought Einstein had the most authority. Einstein’s letter was effective. Roosevelt created the Advisory Committee on Uranium in October 1939, the same month he received Einstein’s letter.

・Einstein later said that, at the time, he felt he had no choice but to encourage the U.S. to develop the technology. However, when he learned that Germany had never been close to developing an atomic bomb, he said the letter was a “big mistake.” Einstein said that had he known that Germany would not succeed in developing an atomic bomb, he would not have signed the letter.

Einstein visited Hideki Yukawa, the first Japanese to win the Nobel Prize, in 1949, at his laboratory. He held Yukawa’s hand and, with tears streaming down his face and his shoulders shaking, repeated words of apology: “I have hurt innocent people. Please forgive me.” Einstein also sent several letters to a Japanese philosopher, explaining his anguish over the atomic bombings of Hiroshima and Nagasaki.

Although Einstein simply put his signature on the letter recommending that the U.S. develop atomic bombs, because of his authority, what he did was doomed to change the world. Einstein was never able to overcome his regret. 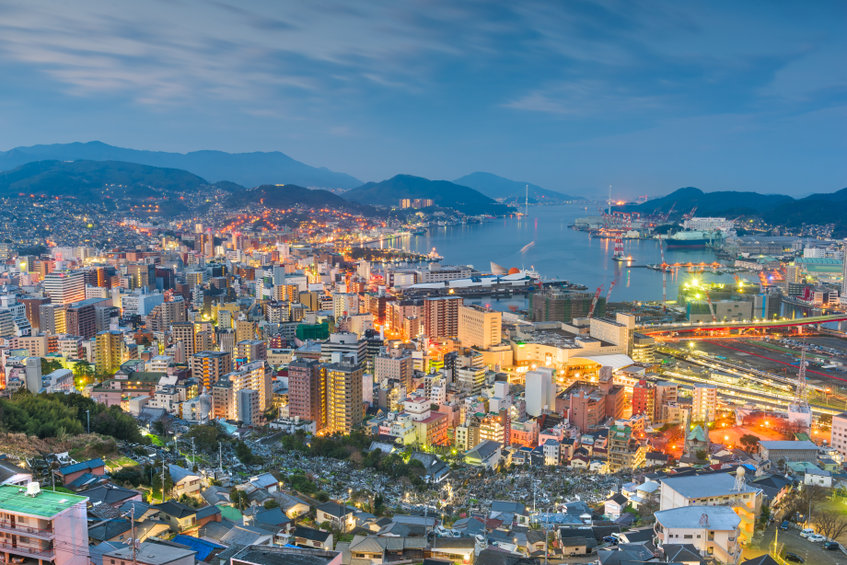 The city of Nagasaki today