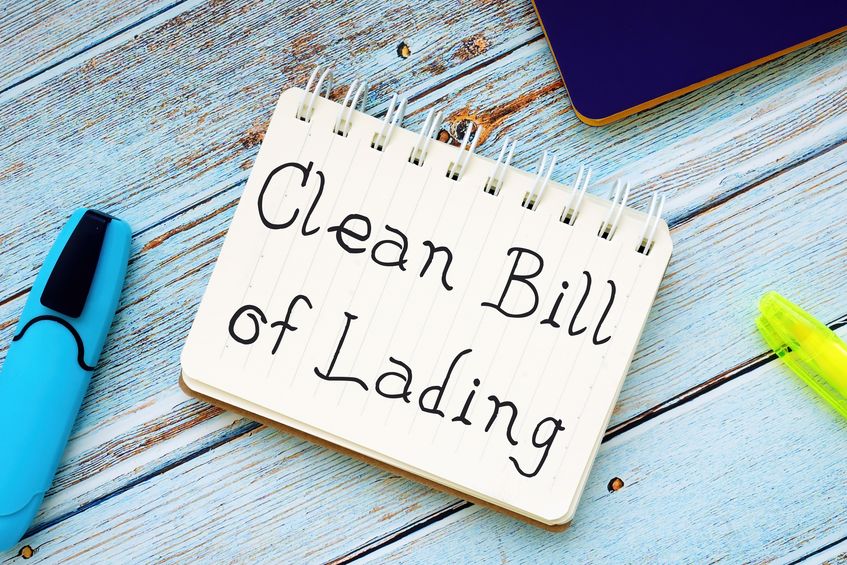 What is a clean bill of lading?

When you are importing or exporting and opening an L/C (letter of credit), you often see the term “clean bill of lading” written in a contract between the seller and the buyer in the letter of credit.

What is a “clean bill of lading”?
Knowing about the concept of a clean bill of lading will be useful even if you are not shipping goods by opening a letter of credit. In the shipping and trading industry, the seaworthiness of packages is very important to carriers/consolidators and bonded warehouses. In addition, from the viewpoint of the buyer, the seller must deliver the cargo in good condition to the carrier at the origin.

Let’s take shipping freight from Japan, for example.
At the time of the delivery of packages to the bonded warehouse, they thoroughly check the sufficiency of the packing and for any visible damage or problems with the packages. For example, they check for any dents or crushing on the boxes, or problems such as a lid that is half-open or that looks like it might open, improper packaging, etc.
They do this for all shipments. They are usually quite fussy about the condition of packages. If packages are not in a good condition, they make a remark and sometimes will not even let the delivery agent deliver them.

They normally inform concerned parties, such as the shipper or their customs broker, if they see any apparent damage or problems with the packages.

・Bonded warehouses check only the outer conditions of the packages and not the contents. The issuing of a clean bill of lading does not necessarily mean that the contents are in good order.

・If damage is found after the shipment arrives at the destination but it is not known at what point the cargo was damaged, such damage is called “concealed damage” and regarded as if the cargo had gotten damaged while it was transported in the container in accordance with maritime law.