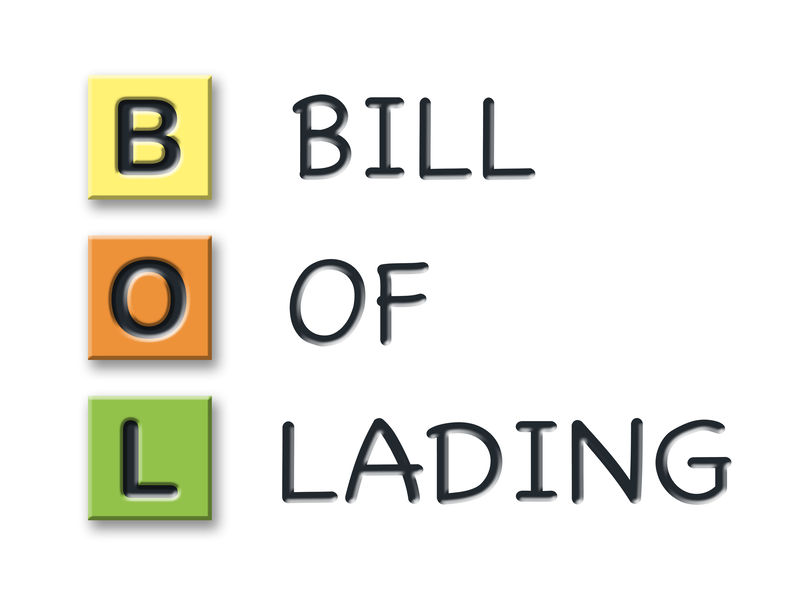 Beginner’s guide to Bill of Lading in Shipping

When researching shipping some merchandise or your personal belongings from one country to another, you may have come across the term, bill of lading. While this is a commonly used industry term in the world of shipping, many people are uncertain about its meaning as well as the different types of bill of lading you may see discussed. Today I’m going to help you discover all about this term and its importance for you when considering shipping your personal belongings.

What is a Bill of Lading?

A bill of lading is a type of document used during the carriage of goods and was traditionally used for goods being carried by sea; however, it now extends to any type of carriage. The document is issued by your carrier and it acknowledges the receipt of your cargo for shipment. It acts as a document of title and a contract between a carrier and a shipper. Lade originally means to put cargo onto a ship, and therefore the bill of lading is a record of your goods arriving onboard. It helps establish an agreement between a shipper and the transportation company such as a consolidator when moving your goods. When the cargo is loaded into a shipping container at the port of origin and the departure of the vessel is confirmed, the carrier issues the bill of lading. By issuing the bill of lading the carrier acknowledges that they have received the goods from the shipper.

The Purpose and Importance of a Bill of Lading

This transportation documentation works as a piece of evidence for the shipment of your goods, and a bill of lading will have certain legal qualities. The buyer or receiver of the goods will need to present an original copy of the document in order to have the freight released at the discharge port. The bill of lading is like a receipt to confirm that the carrier received the cargo and that your goods were in an apparent good condition. If there is no visible damages on the shipment, they issue a bill of lading with no particular remark of damage and a bill of lading with no remark of damage is called ” Clean Bill of Lading“. It acts as a proof that the shipment was in apparent good condition when it was received by the carrier. This, however, does not mean that they checked the contents.

It also acts as evidence of the contract of carriage indicating the liability of the carrier. A bill of lading is the most important shipping document when you are shipping internationally.

The Contents of a Bill of Lading

In every bill of lading, certain information will be included within the document. It will generally have the name and address of both the shipper and the receiver, occasionally a purchase order or invoice number to allow pickup of the goods.

Specifically the following information are indicated on a bill of lading:

・The Bill of Lading No.

・Name of the shipper (the party who are sending the goods)

・Name and voyage Number of the first vessel leaving the port of departure (The details of the connecting vessel are not indicated.)

・Name/address of the consignee together with the contact details e.g. phone number/email address (The consignee can be a customs broker or a bank who issued the letter of credit. )

・Name/address and other contact details of the notify party (A second contact party – this can also be a customs broker or a bank.)

・Port of departure, arrival and its final destination CFS.

・Description of the contents (often with Harmonized tariff code)

・ Number of packages, the weight and the volume

・ The number of the original bill of lading issued. In many cases, 3 originals are issued.

A consignee can contact the carrier’s destination agent to process receiving of the cargo with their contact details together with the bill of lading number.