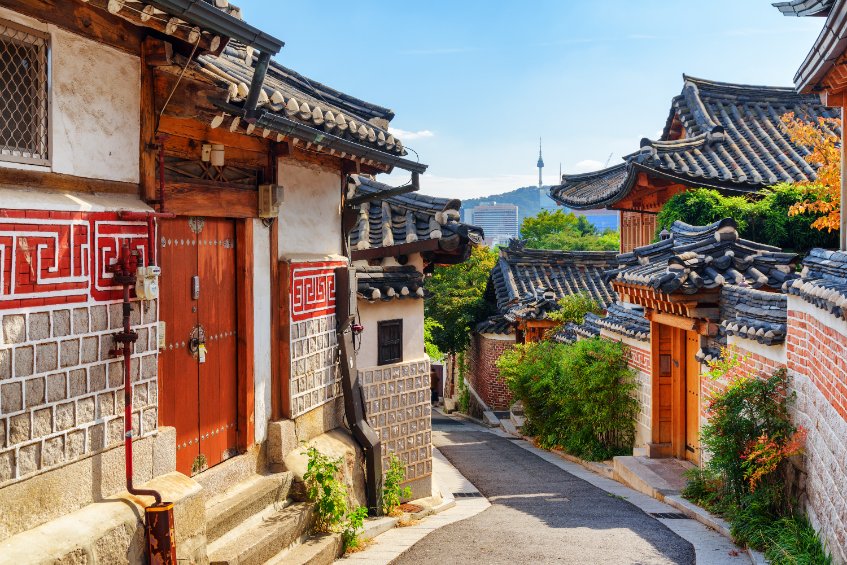 Annexation of Korea in 1910

In 1910, Japan annexed Korea and made it a territory under the “Treaty on the Annexation of Korea.” Thereafter, Korea was ruled as a colony for 35 years, until 1945, through the Korean Governor-General’s Office.

Background leading to the annexation of Korea

Japan won the Sino-Japanese War in 1894 and had the Qing dynasty renounce its suzerainty over the Korean dynasty in the Treaty of Shimonoseki the following year. However, Russia returned the Liaodong Peninsula through the Tripartite Pact, which led to the rise of pro-Russian factions in Korea. In 1895, Japan assassinated the pro-Russian leader. In 1897, the dynasty changed its name to the Korean Empire to make it clear that it was an independent country.

Russia was showing momentum in its expansion into Manchuria. In 1904, Japan launched the Russo-Japanese War based on the Anglo-Japanese Alliance. Victory in the Russo-Japanese War eliminated Russian influence in Korea and strengthened Japanese influence and control in Korea, turning the latter into a protectorate and depriving it of diplomatic and military authority as a sovereign nation.

Hirobumi Ito was appointed as the first governor. Japan eventually took over the internal administration of Korea and disbanded the Korean army.

However, fierce resistance was organized in Korea, and a righteous military struggle had been ongoing. The fact that Japan made Korea a protectorate and confiscated its rights as a nation caused dissatisfaction among Korean nationalist activists. The ensuing protests led to the spread, throughout the Korean peninsula, of a resistance movement in which disbanded soldiers joined the people in resisting Japan with weapons.

The emperor of Korea also appealed to the international community, but the Western powers ignored him.

On the other hand, Japan’s right to protect Korea had been recognized under the renewed Anglo-Japanese Alliance and the Treaty of Portsmouth.

Hirobumi Ito, who became the first Korean governor, initially adopted the policy of maintaining Korea’s independence while keeping it as a protectorate. This was because the founding principle of the Russo-Japanese War was to fight Russia in order to protect Korea’s independence. However, as the fierce military conflicts continued and the economic benefits were not as great as expected, there was a growing consensus in Japan that Ito’s government was lukewarm and that Korea should be merged and completely united with Japan. In the end, Ito agreed to the “merger,” and in July 1909, the Japanese government passed a cabinet decision to annex Korea at an appropriate time.

The government’s greatest concern was interference by other powers. With the U.K., the Second Anglo-Japanese Alliance had authorized Japanese control of Korea in exchange for recognition of British control of India. With the U.S., an agreement had already mutually recognized U.S. control of the Philippines and Japanese control of Korea. The annexation of Korea was carried out after continuing “diplomatic efforts” to reach an agreement with the powers to prevent international condemnation.

Implementation of the annexation of Korea

In 1909, Hirobumi Ito was assassinated in Harbin, Manchuria. The perpetrator was a Korean nationalist activist, Ahn Jung-geun. As chief of the Korean Nationalist Movement, Ito was resented by the Korean activists because of his political control over Korean politics and suppression of the righteous army movement.

After Ito’s death, the annexation of Korea was quickly put into effect. In addition, a pro-Japanese organization in Korea expressed its consent to merge the two countries.

Japanese public opinion became more intransigent. Then, in 1910, Japan forced the annexation of Korea. However, the Japanese government’s decision to annex Korea was not made in response to the assassination of Hirobumi Ito.

The Japanese government had decided to annex Japan earlier, by 1907 at the latest. The incident was used as a pretext for the annexation.

The Japanese government also alleged that they had received a “statement of annexation” in favor of annexation from within Korea. However, the statement was manipulated to make it appear that the annexation was at Korea’s request.

Since Japan ended its seclusion policy and established diplomatic relationships with the Great Powers, there had always been a possibility that Japan would be invaded and colonized. Therefore, Japan tried to quickly form a strong military, which it succeeded in doing. Without a strong military, Japan could have been invaded and colonized. However, the strong military also led to the Sino-Japan War, the Russo-Japan War, and the invasion of neighboring countries including Korea. Also, ultimately, Japan entered World War II.

Why did Japan invade Korea in 16th century?

Upon unifying the country of Japan in the late 16th century, Toyotomi Hideyoshi dispatched troops to Korea in 1592.

After Hideyoshi achieved unification of the country, all the feudal lords in Japan became his vassals and thought that the long period of warfare was over. However, Hideyoshi took up the challenge of a “new battle.”

He mobilized all the feudal lords in Japan and invaded Joseon (present-day Korea and North Korea) twice between 1592 and 1598.

The objective was to conquer the Ming Dynasty (present-day China).

The Japanese occupied Hanseong (present-day Seoul) and advanced farther. However, they were repulsed by Joseon naval forces and Ming reinforcements, so they established a truce and withdrew from Joseon.

Why did Toyotomi Hideyoshi try to invade Korea? The reason is not known. In fact, this is considered the greatest mystery in Japan during the Warring States period. However, there are a few theories.

The first theory relates to honor and greed. Hideyoshi thought that, using the power which had enabled him to conquer Japan, he could rule China. He actually set his sights on the continent. Originally, he did not intend to conquer Joseon; his original goal was the Chinese continent.

In attacking the Ming Dynasty, Toyotomi Hideyoshi asked Joseon, which was to be his transit point, to “obey Japan and guide the way to Ming.” However, Joseon refused, so Hideyoshi sent troops there.

After that, Hideyoshi tried to establish peace with the Ming Dynasty but could not reach an agreement. Therefore, he sent a large force to Joseon in 1597. Again, however, the Joseon and Ming armies resisted fiercely, and the Japanese were forced to fight an uphill battle.

Under these circumstances, Hideyoshi died of illness in 1598, and the Japanese forces withdrew.

The devastated Korean peninsula took an enormous amount of time to recover, and the Ming rapidly lost power, probably due to the loss of many of its generals in the battle. Eventually, it was destroyed by a foreign tribe from the north and moved to the Qing dynasty.

Another theory is that Hideyoshi, who had no more land to allocate to his retainers as a result of his invasion of Japan, sought to acquire new land to meet the expectations of his retainers.