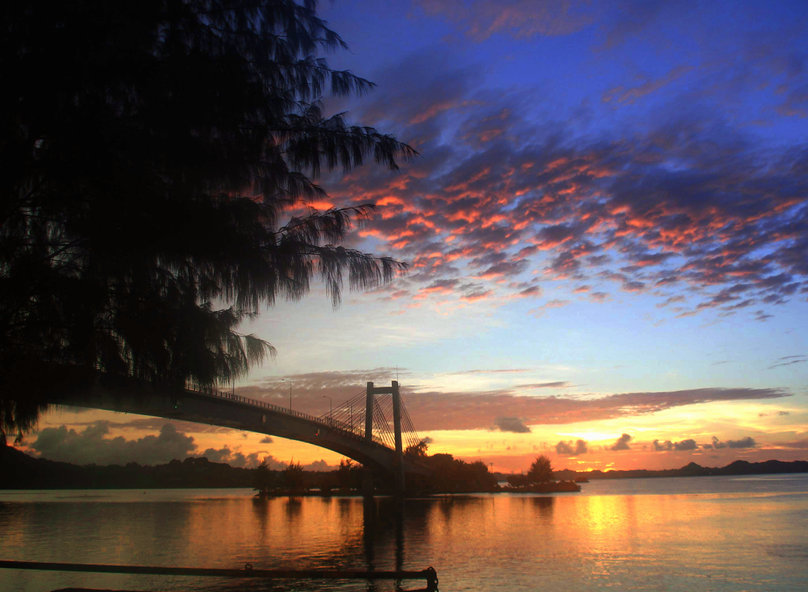 In 1871, people from Ryukyu (present-day Okinawa) who had drifted to Taiwan were murdered by the local people in Taiwan. The Qing government refused to take responsibility for the killing and wounding of the locals, and the Japanese government, overwhelmed by the hard-line arguments of soldiers and warriors, sent troops to Taiwan in 1874 (Taiwan Invasion). In response, the Qing government, with the mediation of the British, recognized Japan’s departure as a legitimate action and paid de facto compensation.

As a result of Japan’s victory in the Sino-Japanese War of 1894-1895, Japan acquired the Penghu Islands from the Qing Dynasty under the Treaty of Shimonoseki. In 1895, Japan appointed the head of the Navy’s military command, as the governor of Taiwan and began to govern the islands, but he had to suppress the stubborn resistance of the locals by force. Initially, generals and lieutenant generals of the army and navy were appointed as the governor of Taiwan, and in addition to military command, they focused on administration, legislation, and judicial affairs.

The Governor-General of Taiwan promoted social reforms, initiated land survey projects, and modernized the land system. In addition, the Bank of Taiwan and the Taiwan Sugar Company were established to promote industry.

On the other hand, the poor farmers and other people continued to resist the Japanese rule and often launched anti-Japanese armed uprisings. The Japanese responded with a thorough crackdown.

Since the end of the Tokugawa shogunate, Japan had its hands full with the development of Hokkaido, so in 1875, it concluded the “Karafuto-Kissho (Sakhalin) Exchange Treaty” and gave all its rights to Sakhalin to Russia in exchange for possession of the entire Kuril Islands.

After winning the Russo-Japanese War of 1904-1905, Japan ceded Sakhalin and its attached islands south of 50 degrees north latitude in the Treaty of Portsmouth, and had fishing rights in Primorsky Territory and Kamchatka granted to Japan.

Islands of the Pacific Ocean:

Large and small islands in the Pacific Ocean have been settled and colonized by European countries since the Age of Discovery. Germany had acquired the Bismarck Islands, Caroline, Mariana, Marshall and Palau Islands (German South Seas Islands) since the 1880s.

Japan invaded Manchuria, China as it was a land rich in natural resources and also it was an ideal immigration destinations for people in Japan at the time and also the Japanese military wanted the land as a buffer zone protecting the mainland of Japan from the threat of Soviet Union. Learn more on the page of why Japan invaded China.

When the new Japanese government was established in Meiji Era, it sought to establish diplomatic relations with Korea. However, Korea, which had adopted a policy of seclusion at the time, did not respond to formal negotiations.

The Ganghwa Island Incident prompted Japan to approach Korea, and in 1876, the following year, Japan and Korea concluded the “Japan-Korea Treaty of Amity” to open the country to the outside world. The Treaty of Amity between Japan and Korea was an unequal treaty that forced the opening of Pusan and two other ports, and granted Japan consular jurisdiction and tariff exemption.

Yukichi Fukuzawa published his “Theory of Asia’s Desertion” (1885). It argued that Japan should not join the solidarity with Asian countries and become a member of the Western powers instead, and that Japan should use military force to deal with the Qing Empire and Korea.

In 1894, when a peasant uprising broke out in Korea demanding lower taxes and exclusion of Japan, the Qing government responded to the request of the Korean government and sent troops. Japan also sent troops.

The two countries deepened their conflict over the reform of Korea’s internal politics, and the Sino-Japanese War began. Japan won the war.

The defeat of the Qing Dynasty, which was the suzerain state, affected the foreign policy of Korea. In the meantime, Russia tried to increase its influence on the Korean Peninsula, and with Russia’s support, the movement against Japan increased and a pro-Russian government was established.

This regime changed the country’s name to the “Korean Empire” (Korea) in 1897, partly in order to compete with Japan.

After Japan’s victory in the Russo-Japanese War of 1904-1905, the Treaty of Portsmouth gave Russia full recognition of Japan’s leadership and control over Korea. In 1905, both the U.S. and the U.K. approved Japan’s decision to become a protectorate of Korea.

In response to this, the Korean Emperor Gojong protested to the powers in 1907, but was ignored (the Hague Secret Mission Incident).

This incident led to the abdication of Emperor Gojong and the signing of the Third Japan-Korea Agreement, which gave Japan control of the Korean government and the dissolution of the Korean army.

With the participation of former soldiers of the disbanded Korean army, the volunteer movement, which had been occurring sporadically in resistance to colonization, began in earnest.

In 1909, the Japanese government increased the number of troops to suppress the volunteer army movement, but in the midst of this, the former commander-in-chief, Hirobumi Ito, was assassinated by Korean nationalist An Jung-geun at Harbin Station.

Hanseong was renamed Gyeongseong, and the “Governor-General’s Office of Korea” was established there, with the Minister of War, Terauchi Masatake, appointed as the first Governor-General.

Initially, the position of Governor-General of Korea was limited to active military personnel, and the key police position was held by the Japanese military police.

The Governor-General’s Office conducted land surveying and verification of ownership throughout Korea, which was the basis for taxation of land, and at that time, a vast amount of farmland and forests were confiscated due to unclear ownership, and some of it was given to the Oriental Development Company and Japanese landowners.

As a result of the land confiscation, many Korean farmers were deprived of their land and became impoverished, and some of them began to migrate to Japan in search of work.