Why is China called China? 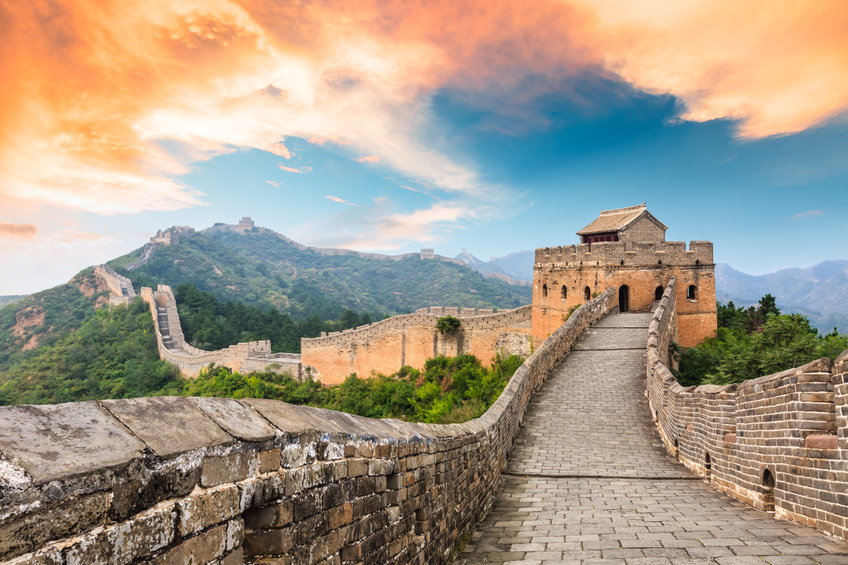 Why is “China” called “China”?

Why is China called China? How did China get its name?

Every country in the world has a story about how it got its name. The etymology of the word “China” stretches back more than 2000 years, to as early as 200 years before Christ.

The name “China” comes from the ancient Chinese Dynasty named “Qin” (秦) [B.C. 221-B.C. 206]. “Qin” (秦) is normally pronounced “Chin” in English. In French, China is spelled “Chine” and pronounced “Sin.” This is where the word “Sin” or “Sino” comes from. In English, it would be proper to pronounce Qin as “Chin.” Therefore, it is clear that the word “China” has its origin in the word “Qin.”

The Qin Dynasty was a dynasty in China that existed during the “Spring and Autumn period” and the Warring States period. In 221, it unified China as a nation for the first time in history.

The period between the unification and the fall of the dynasty is known as the Qin dynasty. The capital of the unified country was Hamyang. The dynasty’s name originated from a place called “Qin,” which had a close relationship with the founder of the dynasty (present Zhangjiachuan Hui autonomous county).

In India, around the 2nd century A.D., China was already being called “China staana” in Sanskrit, meaning “land of the Chinas.” This was a reference to the first unified dynasty, the Qin Dynasty. The land was later introduced to the West as “China” in English and “Chine” in French.

The name Qin might not sound familiar to many people. However, most are familiar with the Great Wall of China. This wall was built by the First Emperor of the Qin Dynasty in 214 B.C. to intercept the invasion of northern tribes such as the Xiongnu. Although it is generally believed that the Great Wall was built by the first emperor, in reality, it was repeatedly rebuilt and relocated by several dynasties. Most of the wall was built in the Ming Dynasty; the existing Ming Dynasty Great Wall line is much farther south than the Qin Dynasty line.

In Chinese, “People’s Republic of China” is written as 中華人民共和国 . 中華 is the Chinese word for China, pronounced Zhōnghuá. The word 中華 means “center of the world.” Usually, China is called 中国（Zhōngguó）.

Some people wonder why China is sometimes called “Middle Kingdom” or “Middle Country”.  中 represents the meaning of Center or middle. 國 represents country. Middle country is the direct translation of the word “中國” 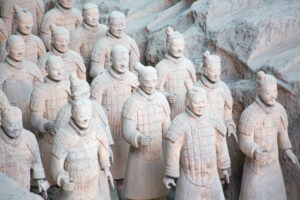