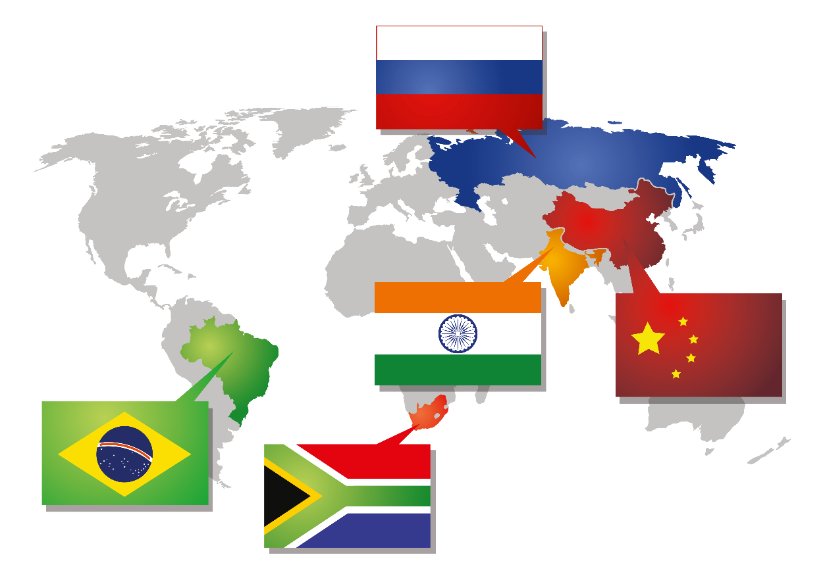 While NATO is a military alliance, BRICS is not. BRICS refers to emerging countries with rapidly growing economies. Therefore, NATO and BRICS are fundamentally different. However, recently, BRICS leaders have been holding summit meetings online. Because two of the member countries, China and Russia, are hostile to the United States, they are trying to strengthen cooperation among the BRICS countries.

BRICS is a term formed from the first letter in the name of each of five countries: Brazil, Russia, India, China, and South Africa. Since its use in a report issued by Goldman Sachs in 2003, the term has become widely used by the general public. This report stated that the BRICs countries (which numbered four at the time) could be among the top six countries in terms of GDP by 2050.

The term BRICs was originally coined to describe the four countries of Brazil, Russia, India, and China. These four BRICs countries were expected to grow significantly based on their large land area, large populations, and abundant natural resources. BRICs represented emerging countries that were expected to experience remarkable economic growth in the future. Later, South Africa was added and the lowercase “s” (representing the plural) became an uppercase “S” for South Africa. Thus, the name BRICS (five emerging countries) was coined.

Conflict between NATO and BRICS

Chinese President Xi Jinping said, “Some countries are seeking absolute security through the expansion of military alliances, and are practicing self-reliance on a large scale, ignoring the rights and interests of other countries. If this dangerous momentum continues, the world will become even more unsettled and unstable.” He strongly criticized the United States and Europe for moving toward the expansion of NATO.

Chinese and Russian leaders showed their unity with an eye toward the U.S. and Europe. The meeting gave the impression of a divided international community ahead of the Group of Seven (G7) summit and the NATO summit to be held one after another at the end of June.

Thus, although BRICS is not a military alliance, it has a confrontational relationship with NATO and G7.

Why are the BRICS countries growing so rapidly?

Here are some commonalities among the BRICS countries.

Argentine President Fernandez, who participated in the June 24 online summit for the first time at the invitation of China, this year’s chair of the BRICS 5-nation summit, made the unexpected remark that he strongly hopes to become a full member of BRICS.

If Argentina’s full membership is approved, it will be the first BRICS member in 12 years. The name BRICS will likely be changed.

The Next 11 are the next growth countries after the BRICS. The Next 11 countries were selected based on criteria such as economic growth, political stability, and population growth, and include South Korea, Mexico, Turkey, Indonesia, Iran, Pakistan, Nigeria, the Philippines, Egypt, Bangladesh, and Vietnam.