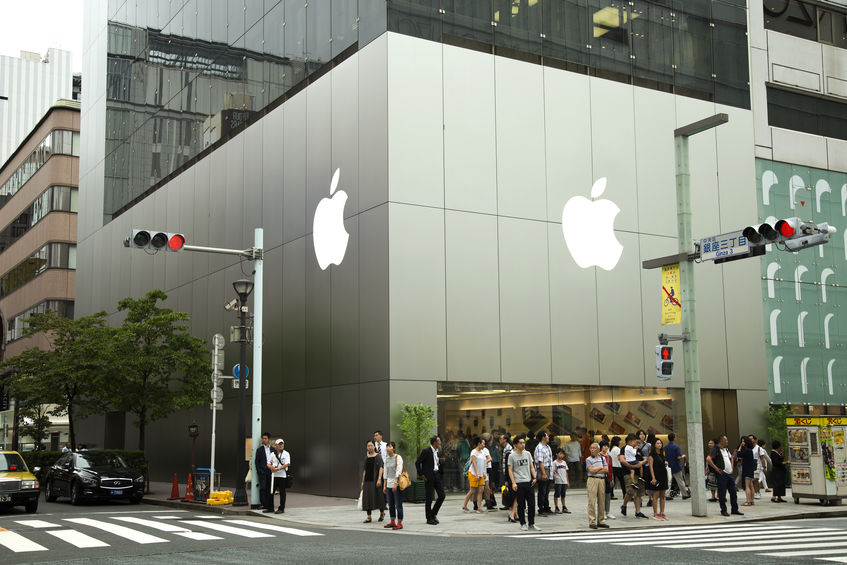 You know Steve Jobs as a trailblazer in the personal computer era. He founded Apple in 1976, which later created some of the most technologically advanced products for our day. The revolutionary iPod, iPhone, and iPad are known worldwide. But did you know that Steve Jobs was heavily influenced by Japanese engineers, artisans, and religion?

Steve Jobs emphasized his favorite quote of “Simplicity is the ultimate sophistication.” However, only a few know that this simple philosophy of his was fueled by an undying and inexplicable passion for Japanese culture and history.

Jobs had a special fondness for Japanese culture, which started with religion and grew to include business and lifestyle influences throughout his entire life.

Jobs was first influenced by the Japanese when he found Zen Buddhism. He was raised by adoptive parents and longed for somewhere to belong. He searched for a religion that felt right to him, and he even visited India to find what he was looking for. He ended up finding a Japanese School of China’s ancient religion by his home in Silicon Valley in California. He met Sōtō Zen monk Kōbun Otogawa there, who became Job’s life guide and spiritual teacher. Otagawa was present for all of Job’s significant events in his life, including his wedding. He’s known for asking Jobs hard questions and having him ponder the nature of reality.

Jobs identified with the minimalist lifestyles of Zen Buddhism, and he incorporated that into the polished design of his Apple products. Jony Ive was the designer of the apple products, but Jobs always had the final say in their appearance. They both subscribed to the sleek, simple aesthetic that they found in Japanese culture. The simplicity of design of Apple products is attributable to Zen Buddhism and Japanese aesthetics.

Jobs was greatly inspired by Sony in many different ways. Jobs greatly admired Morita Akio, Sony’s co-founder. He was very excited about Sony’s innovations and wanted Apple to create new products that Akio would love. He visited Sony many times to share ideas and get feedback. He was especially interested in the Sony outlets, which also influenced the direction he would take Apple.

One of the ways Sony inspired him was his trademark black mock turtleneck. When he visited a Sony factory, he noticed the employees were all wearing the same uniforms. Morita Akio told him that they made the clothes for their employees because they didn’t have many clothes to wear after the war. He was so inspired by this that he tried to implement a dress code for Apple employees but was met with backlash. Still loving the uniform, Jobs commissioned Japanese designer Issey Miyake to produce hundreds of these mock turtleneck shirts, which Jobs would wear the rest of his life.

Transistor radio, Walkman, PlayStation, microphone, VCR – Sony has always been superior in manufacturing small and innovative products and their philosophy was passed on to Apple.

Jobs ordered hundreds of black mock turtlenecks from Japanese designer Miyake, but that’s not all he bought. When Jobs finally found his biological sister after a long search, the first gift to her was Miyake clothes.

He loved the Japanese ceramics potter Shakunaga Yukio from Tateyama. He first saw his work in a gallery in Kyoto in the 1990s and kept going back to the gallery to buy each piece. After that, he continued to order his work over the phone and by fax when he returned to the United States.

Jobs loved Japanese food. Although he was primarily vegan, he indulged in Soba noodles and sushi. He even created his own dish out of the two, called “sashimi soba,” which was a mix of the two. He frequented sushi restaurants in Silicon Valley, primarily Jinshō and Kaygetsu. Kaygetsu didn’t give celebrities special treatment, so if he couldn’t get a reservation then he would order takeout to get himself. His daughter famously ate 10 plates of sushi from Kaygetsu one night at dinner. Farewell parties and employee parties took place at Kaygetsu when they learned of his failing health in 2011. Even when he was too sick to eat, Jobs was known for ordering noodles at Jinshō but not being able to take a bite.

Kaygetsu was set to close down just two days before Jobs died. When he heard of this, he asked Sakuma Toshio, the restaurant’s manager and chef, to make his favorite dishes for him in the Apple employee cafeteria. It was his last love note to Japan before he passed away.