Why women give chocolates to men on Valentine’s Day in Japan. 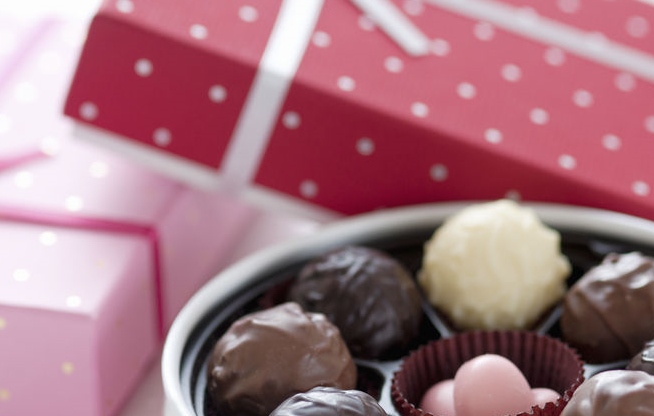 Why women give chocolates to men on Valentine’s Day in Japan.

There is a time in a boy’s life that he must pick up his courage and confess to the girl he likes that he likes her.
He is nervous and he does not even know what to say. He also wonders : “Should I also give her some present when I tell her that I like her and how I feel about her? She may not be looking for any relationship now or not even *in the mood for love.*” “What should I give her as a present in the first place?” He may also asks a friend for advice.

Love is universal, so there must have been a situation like this everywhere on the planet. So some boys in some places thought: “What would make the very best gift – I mean scientifically?”
Then they find out at a library or elsewhere or some smart friend tells him that the compounds in chocolate affect brain chemistry. Chocolate can promote the brain chemistry of being in love. “Chocolate! It will be a perfect gift then.”

Of course, one could talk about how chocolate was used from the time of Queen Victoria reigned in 19th century and the Valentine’s Day was turned into something commercial and chocolates packages in hear-shaped boxes became a typical gift. However, without boys’ strategy of giving chocolate as a gift to the girls they like (not necessarily on the Valentine’s Day but also on other occasions), the customs of boys giving chocolates to girls may not have spread so widely.

Why women give chocolates to men in Japan on Valentine’s Day.

Now the question is why it is vice versa in Japan i.e. why women give men chocolates. It was Mr. Kentaro Hara, president of Mary’s Chocolate who introduced the customs of giving chocolates as gifts on Valentine’s Day to Japan. He thought Valentine’s Day when people give chocolates to their loved ones was a big business opportunity for his company. However, he realized that there was one major problem. Chocolates like his company’s are sold at confectionery department of department stores and men do not go there in the first place. But women do. So, he thought of doing it the other way around. His idea caught on. It took a few years but the customs of girls giving chocolates to boys widely spread in Japan. When boys must confess girls that they like them, many boys become coward or shy but many girls become brave when they confess boys that they like them especially in Japan. This would be a reason why the event on Valentine’s Day became a big success both commercially and socially in Japan. In addition, as you know Japanese people do the same thing at the same time!