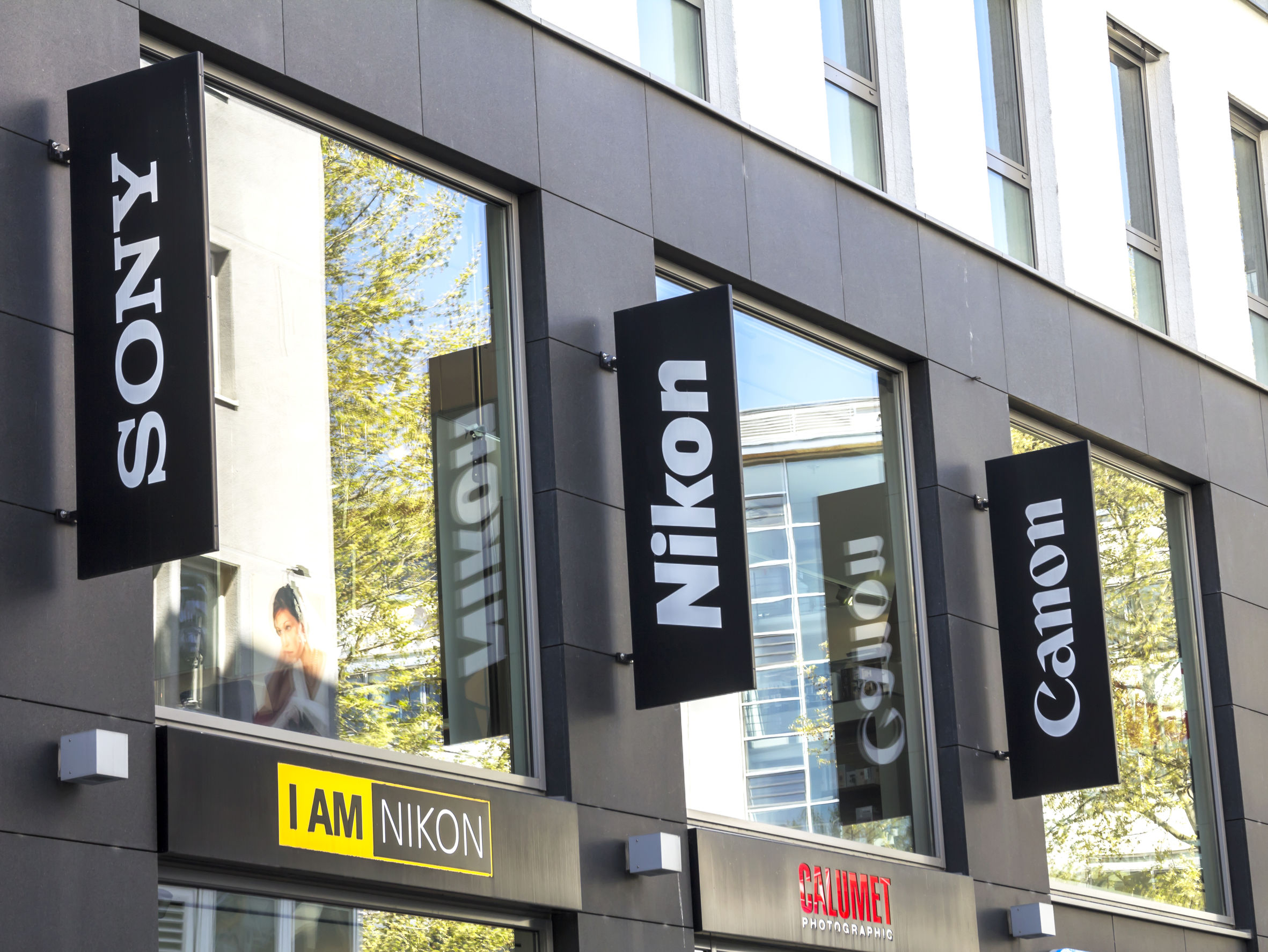 The names of some Japanese companies sound purely Japanese, while others sound like coined words from English or European languages. While the names of such well-known companies or brands are very familiar to people all over the world, or to international residents or tourists in Japan, the etymologies are barely known. In fact, no one tells you how such top Japanese companies got their names, even though the names themselves are known all over the world. Take company names like Nintendo, Mitsubishi, and Kikkoman, for example. People would immediately recognize these brand names but would have no idea what they mean or where these names originated. Or, names like Nikon, Canon, Sony, Toshiba, Nissan, and Yamaha are so commonly heard that people perhaps would not even wonder about their etymologies.

Here are some short stories about how famous Japanese companies got their names.

SONY was originally called Tokyo Tsushin Kogyo (Tokyo Communication Industry). In 1958, the company changed its name to SONY. Three years before, the company had been looking for a simple brand name to sell its transistor radios to the international market. The essence of the naming process was that the word had to be simple and pronounced in much the same way in any language. It also had to have a nice sound to it. Because the company wanted to promote a transistor radio, it also wanted a name possibly related to sound. Then-president Mr. Ibuchi noticed that the etymology of the English word “sound” is “sonus” in Latin. By coincidence, he also heard the word “Sonny” used in American English for addressing a young boy. This made him chose the word “Sonny” first. It was a good name, as the product was a transistor radio, which is tiny and somewhat “kawaii,” like a little boy. However, when “Sonny” is said in the Japanese way, it is pronounced “Son-nii.” “Son” in Japanese means loss or deficit, so Mr. Ibuchi decided to remove one N and make the name “Sony” so that it would be pronounced “So-nii.” 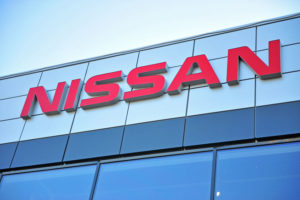 The etymology of Nissan is the company’s original name before its merger in 1934: “Nihon Sangyo,” which means “Japan Industry.”

Located in Shibaura, Tokyo, Toshiba got its name as the result of a merger between Shibaura Seisakusho (Shibaura Manufacturing) and Tokyo Denki (Tokyo Electrics) in 1938. Shibaura Seishakusho originally started as Tanaka Seisakusho and once monopolized the market for incandescent lamps in Japan. Toshiba is Japan’s first manufacturer of refrigerators, washing machines, vacuum cleaners, and rice cookers. Mr. Tanaka, the founder of Toshiba, was an apprentice of Thomas Edison. So was the founder of NEC. Even today, both Toshiba and NEC are strong in the field of lamps.

Mr. Hayakawa, the founder of Sharp, was also the inventor of what Japanese people call the “sharp pencil” or simply “sharp,” which in English is called the “mechanical pencil.” Mr. Hayakawa was originally a metal craftsman. He opened a factory in Tokyo to manufacture buckles and parts for fountain pens. He then created a kind of pencil named “Ever Sharp”—which had been invented in the US—and made the product currently known as the mechanical pencil or sharp pencil. He was successful, as he received many orders from overseas. However, he lost both his family and his factory at the time of the great earthquake that hit the Kanto/Tokyo region in September 1923, killing 105,000 people. Mr. Hayakawa moved to Osaka and created a new company named Hayakawa Metal Industry. He expanded into the field of electronics as well. Mr. Hayakawa succeeded in making Japan’s first crystal radio and started selling them under the brand name of Sharp. Sharp produced Japan’s first TV set and microwave oven and the word’s first calculator.

Nikon is a Mitsubishi Group company. The name “Nikon” has its origin in the company’s name in Japanese: “Nihon Kogaku,” which means “Japan Optical.” The company gave its lenses the trademark of Nikkor in 1931 and then named their 35mm film cameras Nikon in 1946. The company’s name became Nikon in 1988.

The company was named after Kannon (Kwannon), a popular deity in Japan. Kwannon was originally the name of the company’s first prototype model camera, made in 1933. It was named Kwannon in the hopes that the company would produce cameras that would make it to the world market through the sacred power of Kwannon. In 1935, the company needed a brand name that targeted the world and chose the word “Canon,” which is quite similar to Kwannon. 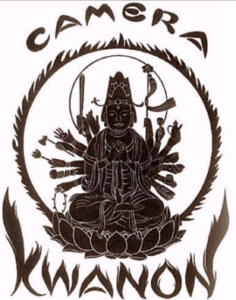 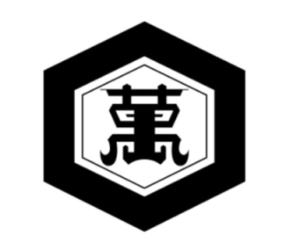 “Kikko” means “turtle’s shell.” If you see the company logo, you will notice a hexagon with the kanji 萬 (man), which means “ten thousand,” in the center. The hexagon represents a piece of Kikko (meaning “turtle’s shell”). So, it comes from the company logo. Turtles were mythologically said to live 10,000 years and were thought to be symbols of longevity—and, therefore, things that bring luck. It is also said that the company was named after a Kikko shrine in Chiba Prefecture.

Nintendo was established in 1889 and was a leading company in the making of playing cards and hanafuda (Japanese playing cards).

The etymology of Nintendo is said to come from a Chinese proverb that says, “Do the best you can and leave the rest to Heaven.” “Nin” means “leave it to” and “Ten” means “heaven.” “Do” originally meant “temple” or “chapel,” but in many cases it means “corporate.” So, if Nintendo is literally translated into English, it means “Leave it up to Heaven Corporation.” It is also said that the company got its name because when one is gambling (like hanafuda, the Japanese playing cards for gambling), the matter of whether one wins or loses is left up to heaven. 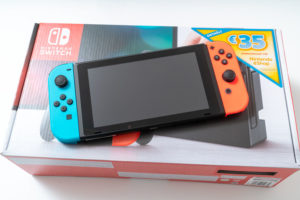 Officially, Sanrio said something rather far-fetched—that the origin of the company’s name was the Spanish word “san rio,” which means “sacred river.” However, Sanrio was founded in Yamanashi (山梨) Prefecture and another pronunciation/reading of 山梨 is Sanri. “O” means “king,” so it would be natural to think that this is the actual origin of the company’s name, i.e., meaning “King of Yamanashi.” 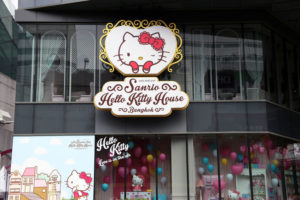 Yamaha was named after Mr. Torakusu Yamaha, the founder of the company. The company was once named Nihon Gakki Seizo (Japan Musical Instruments Mfg.) and changed its name to Yamaha in 1987. (Yamaha had been a brand name for their products until 1987.) Mr. Yamaha started his career when he repaired an American-made organ at a local elementary school in Hamamatsu in 1887. In 1888, he succeeded in making Japan’s first organ.

The company says something very far-fetched—that its name comes from “Do Communications Over the Mobile Network.” It would probably be natural to think that it simply comes from the Japanese word “Dokodemo,” which means “everywhere” or “anywhere.”

Softbank was originally a company that sold software for PCs in Fukuoka. That is where the company got its name. At the time of its founding, the company’s name was “Unison,” which had its origin in the combination of Unix and Son (the president is Mr. Son). The company logo has its origin in the flag of “Kaientai,” a trading and shipping company that Sakamoto Ryoma (a well-known and popular historical figure) founded in 1865. Apparently, Mr. Son, the president, has a special respect for Sakamoto Ryoma. 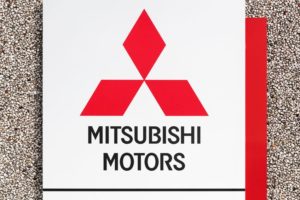 “Mitsu” means “three” and “Bishi” (Hishi) means “diamond-shaped” or “diamond.” So the company was named after its logo, which consists of three diamonds. Mitsubishi Motors once had a car named “Diamante.”

Epson was one of the associate companies of Seiko and its former name was Suwa Seiko-sha (based in Suwa City in Nagano Prefecture). In 1965, the company produced its first printer, EP101, which became a hit overseas as well. “EP” stands for “electric printer.” When the Epson brand was founded in 1975, the name was intended to convey the desire to send future “sons” of the EP101 to the world market. If you use an Epson printer, you will notice that even nowadays the printers (but not combination printers) have model numbers that begin with EP. Seiko (the name of the well-known watchmaker) means “exquisite production” or “elaborately made.”

The Keisei Line is a railway between Tokyo (東京) and Narita（成田）. Another pronunciation/reading of京 (Kyo in Tokyo) is Kei, while another pronunciation of 成 (Nari in Narita) is Sei. Keisai is the combination of these two characters.

The Keio Line runs between Tokyo and Hachioji (八王子). Just like the Keisei Line, it got its name from Tokyo (Kei) and Hachi O Ji.

It is speculated that the company wished to give the bank a name that implied that they were Japan’s leading bank. Mizuho, in this sense, is not just the rice but also has a connotation as a symbol of Japan.

TDK stands for Tokyo Denki and Kagaku, which means Tokyo Electric and Chemicals. 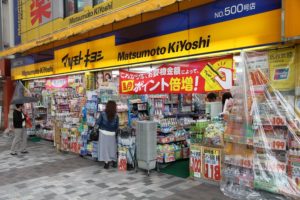 This sounds like a man’s name and people may wonder who this Matsumoto Kiyoshi is. Mr. Kiyoshi Matsumoto is a former mayor of Matsudo City in Chiba Prefecture (1969-1973) and also a congressman of the Chiba Prefecture Congress (1942-1969). Although he was poor as a child, he studied medicine and attended a medical school while dreaming of becoming a politician. In 1932, he opened Matsumoto Pharmacy in Matsudo City. While he was mayor, he did several innovative things that helped the citizens of Matsudo City. He declined to receive any salary while serving as mayor. An area called “Kiyoshi ga Oka” in Matsudo is said to be the only area in Japan named after a politician.

When they hear the name of Fujitsu, many people would think of a relation to Mt. Fuji. However, the origin of the name Fujitsu is not Mt. Fuji. The history of the Fujitsu Company goes back to the year 1887. Mr. Furukawa, who owned many mines and produced 40 percent of the copper in Japan, established Furukawa Denki Kogyo (Furukawa Electric Industry) to produce electric wire and cables. In 1887, a sales representative of Siemens (presently known as Siemens A.G.) from Germany, which was also a leading manufacturer of electric wire and cables came to see Mr. Furukawa to sell their technology. In 1923, they decided to go into a joint venture and established a new company, Fuji Denki Seizo. Fu of Fuji is from Furukawa and Ji is from Siemens (pronounced “Zi: Mens” in German). It was a good name, as Fuji is also the name of the mountain. Later, the Tsu-shin (Communication) division of Fuji Denki Seizo became independent and the new company was named Fuji Tsushin Seizo (Fuji Communication Device Mfg.).

In the days of civil wars in Japan, Oda Nobunaga, a well-known warlord, adopted a policy called “rakuichi rakuza,” which can be translated as “free market and free guild.” Under this policy, merchants were allowed to sell freely with fewer restrictions and without taxes. The founder of Rakuten, Mr. Mikitani, wished to establish a commercial system in which people could sell freely on the internet. He decided to use the word “Raku,” after “rakuichi rakuza.” Also, there is a Japanese word, “Rakutenteki,” that means “optimistic.” The removal of “teki” from “Rakutenteki” created the proper noun “Rakuten,” which is a word that sounds familiar but did not actually exist before.

It sounds like an English word. Perhaps many Japanese people know that the company was named after its founder, Mr. Ishibashi. Ishibashi means “stone bridge”. However, what few people know is the fact that Bridgestone was originally a manufacture of tabi, Japanese traditional foot gear with rubber on the bottom.