Things you should know when moving from Japan to the U.S.A. 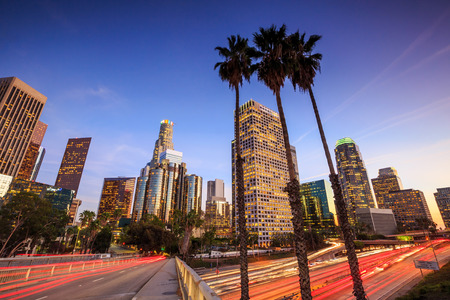 The American Dream is still achievable for those willing to leave their country to move to the USA. It is a great place to live, and there are many benefits to moving to the United States, but there are some cultural differences you should know about.

If you’re planning on relocating soon, here are 8 things you should know when moving from Japan to the USA.

The laws, cost of living, and weather of each state vastly differ from each other. The United States of America spans 3.8 million square miles, so it’s no surprise there are many different cultural pockets within the country. Nebraskans and New Yorkers live very different lifestyles, and their political views and opinions can range from very conservative to very liberal. Don’t expect many similarities between states, because the laws can range as well. Arizonans are allowed to carry concealed weapons while they are strictly prohibited in California. It’s also generally more expensive to live in California, New York, Hawaii, and Oregon than in Mississippi, Arkansas, and Tennessee.

While it isn’t customary to tip in Japan, American food and service workers depend on tips to make their living. Oftentimes, they are paid less than minimum wage by their employer because tips are expected to buff their paychecks. Tipping is still optional,  but it’s considered very rude to not leave a tip of at least 15-20% of the bill, so keep it in mind when you’re at a restaurant.

Americans don’t use the metric system, they use what’s called the imperial system. While many people know of the metric system because it’s taught in school, it isn’t commonly used in most businesses or conversations. Get familiar with the terms pounds, feet, and inches, because they don’t have easily remembered conversion rates compared to the metric system.

Thanksgiving is a holiday that is always celebrated on the fourth Thursday of November. It marks the occasion when British pilgrims invited Native Americans to feast with them because they helped them with their harvest in 1621. It’s a holiday that revolves around family gatherings, a large meal, and it always includes turkey. 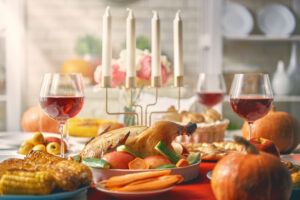 You don’t necessarily need a green card to move to the United States, although you can get one as a foreigner. You can move with a work permit or a green card. Using a green card will require a sponsor for at least a year, and an employer visa requires an employer to vouch on your behalf to prove your skills are needed.

Although there is some public transportation available in cities, most Americans rely on their private car to drive to work. The average American commute is 16 miles each way, making the time spent in the car about 30 minutes each way. To travel, Americans typically drive or fly in planes. The train system has been underfunded for a long time, so there are very few reliable train systems available for travel. Many Americans are now using rideshare apps like Lyft or Uber to get places rather than taxis or buses.

Health insurance largely falls on the responsibility of the employer, although small companies often don’t offer their employees medical care. In that case, the burden of health coverage falls on individuals to purchase for their families. Obtaining health insurance can be complex and expensive, especially if you’re coming from a country with sponsored healthcare. If you’re moving with a green card, you may be able to get medical insurance through the ACA Marketplace if your employer doesn’t offer health coverage.

American culture does vary where you are, but there are some consistencies. American news focuses mostly on what is happening in America. The news is often locally based on where you are, and can even be based in the city you’re in. You’ll still get some international news in America, just not as much as other places. Americans tend to be more open, friendly, and loud. This may take some getting used to, especially if your culture is more proper and formal.

From the culture to the imperial system, some differences may take some adjustments when moving to the United States from Japan. Remember, your lifestyle will vary dramatically depending on the state you’re in, but with these tips, you’ll integrate easily and love your new home in the USA.

Tips on Moving to London, UK from Japan

Transfer of Residence(TOR)-moving to the UK

Moving from Japan to UK