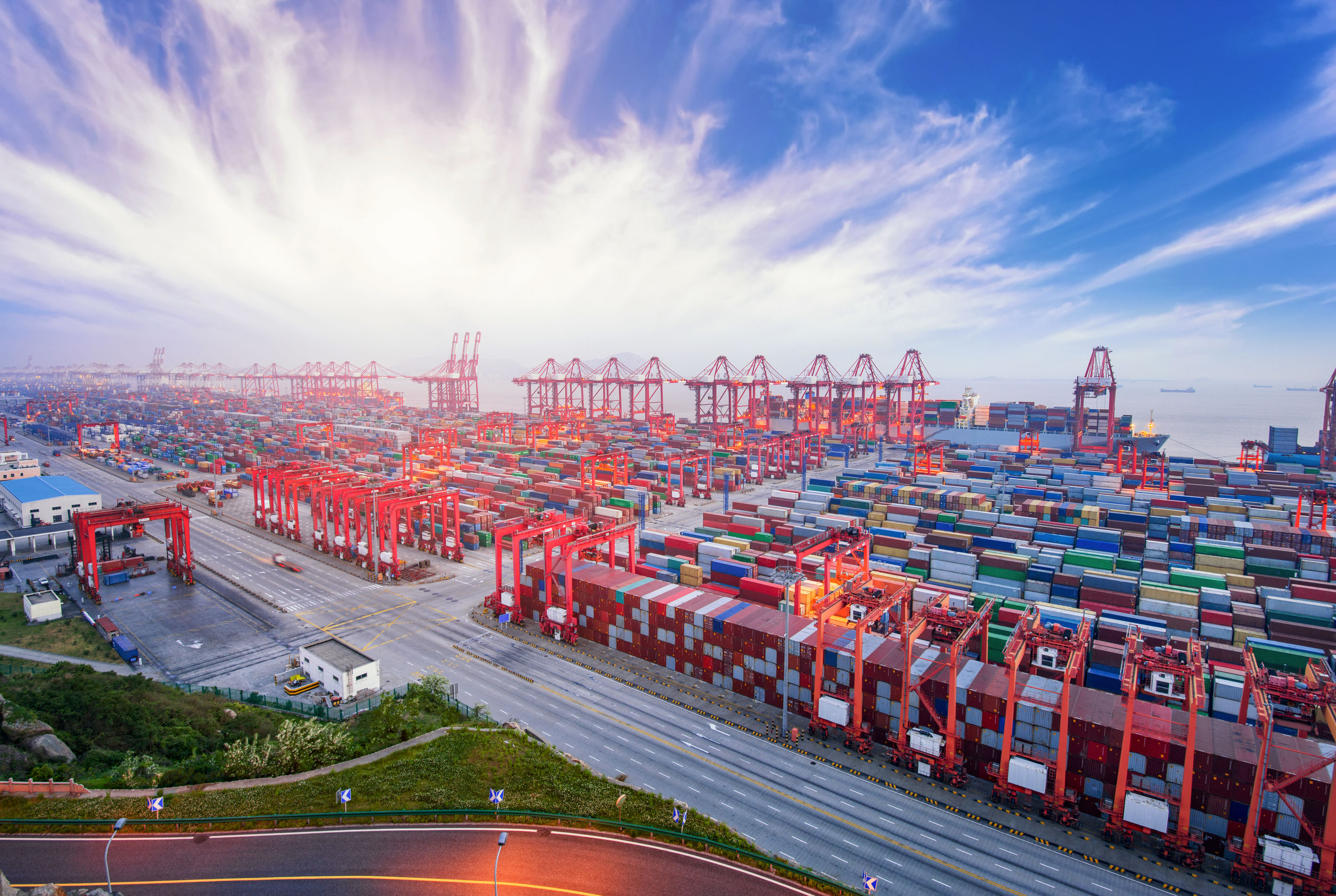 As you might have heard, there is a severe shortage of shipping containers worldwide. Japan is not an exception.

You can Google phrases such as “container shortage” and see various news articles in the major media, talking about how container shipping costs have increased by more 400 % or 500 % over the last year and are still increasing.    The container shortage crisis has started to cause delays in various regions. This was one of the top news stories on NHK (Japan’s national broadcasting) on the morning of January 27, 2021, They also reported, as an example, on the delay at the US port of Los Angeles, stating that vessels that arrived at the port of Los Angeles had to wait offshore for three days* before being allowed to come alongside the pier; more than 30 vessels were waiting. (The following week, it increased to 36.) This is because they have to handle many more containers than they normally do. In addition, there is a shortage of labor at ports for handling containers and drivers for transporting on land due to the corona virus situation. There has been a significantly high increase in demand for goods consumed at home because people are staying home and buying things more. Therefore, North America is importing much more, especially from China.

*As of  September 1, 2021, there was the average of 7 to 9 day wait
before vessels can access to a berth/terminal at Los Angeles port to unload. About 44 vessels were anchored and waiting a berth space. This topped the record of 40 in February, 2021.

Many exporters worldwide are losing business opportunities because not enough containers are available and, therefore, the exporters are unable to ship their goods. If you access articles about this container crisis, they will tell you that it was triggered by a shortage of empty containers, a sudden increase of exports from China, and an imbalance between shipping from China to North America versus shipping from North America to China.

As far as shipping from Japan is concerned, there was no particular delay of departure in early January, 2021 ; however, there started to days-long delays. Most ships are arriving in Japan one to two weeks behind schedule. For some destinations such as Canada there are delays of over 4 weeks.  For some destinations, the delays are much shorter.

This all-time-high increase in shipping container price is likely to affect the prices of many things in our daily lives, as 80 percent of the products (or their parts) that we consume are said to be transported in containers in some way.

Although the situation may get a little better several months from now, there will likely be a delay in the departure/arrival of ships. This area includes North America, Australia/New Zealand, Asia, and Europe.

Now the severe shortage of full containers has started affecting the availability of space for consolidations from Japan. 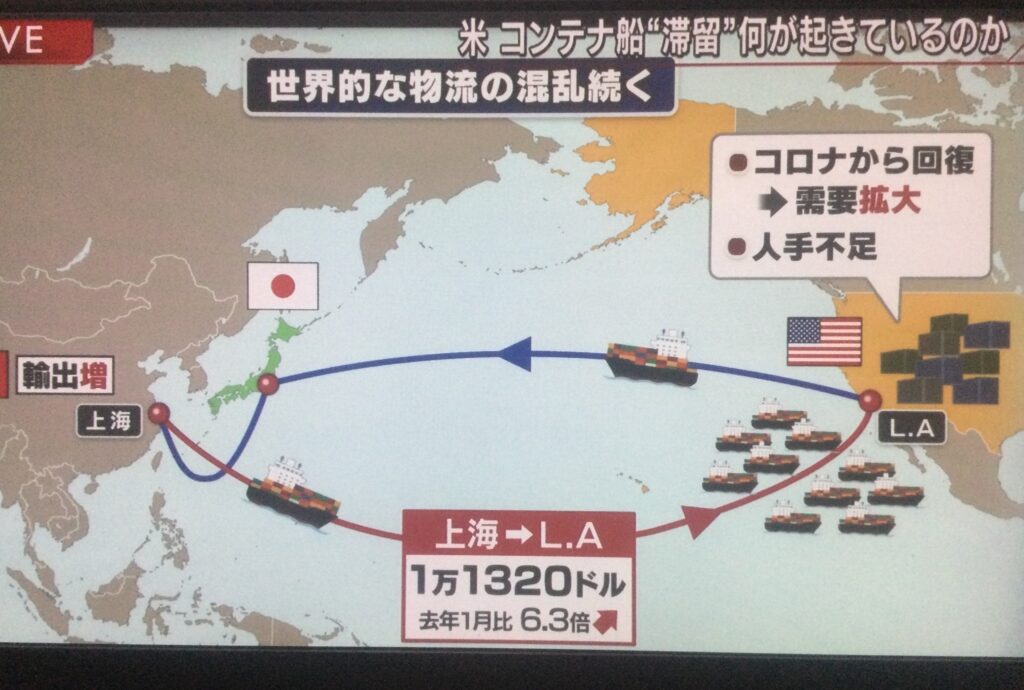 The issue of container shortage and the significant increase in ocean freight were reported on TBS new program on Nov 16, 2021.