Moving from Japan to Switzerland

Switzerland is known for many things that make it stand out in Europe and in the world. Its magnificent mountains, the languages of its people, and being known as one of the world’s wealthiest countries, Switzerland is a country that makes people sit up and take notice. The more one explores of this mountainous country and its charming cities, the more one falls in love.

Switzerland’s culture is unique to Europe and the world. Being the first neutral country in the world in 1815, Switzerland cannot join an armed conflict, unless it is attacked. The Swiss cultural behaviors and beliefs are somewhat reflective of their political status. In general, the Swiss people believe in freedom, the right to pursue happiness, and all people are created equal. Cultural trust is high as theft is a very small problem in the country and even smaller in the rural areas. People return things when they are lost or found, and the Swiss enjoy working together and not against each other. The Swiss have an excellent infrastructure and their work culture supports meritocracy and competence. This is especially notable due to the fact that there are four languages spoken in the country, Swiss German, French, Italian, and Romansh.

The Swiss Alps are a spectacular highlight of Switzerland. With numerous mountains over 13,000 feet (4,000 meters) and peaks like Matterhorn, Jungfrau, Eiger dotting the landscape, the Swiss Alps are a haven for professional athletes, tourists, and outdoor enthusiasts. The best way to see the Alps is by train. Switzerland uses ultra-clean hydroelectric trains that are even capable of generating electricity when traveling downhill. For a truly iconic Swiss train ride, go on the Golden Pass, Glacier Express, Bernina Express, or Wilhelm Tell Express. Enjoy picturesque panoramic views of the Swiss Alps while crossing mountain streams, unique bridges, and while cruising through Swiss alpine fields.

Many exceptional cities draw people to Switzerland, as well as the mountains. The most popular and the largest city in Switzerland is Zürich. Many say Zürich is somewhat reminiscent of a fairytale with its cobblestone streets, medieval church spires reaching heavenward, and the snow-capped Swiss Alps rising in the background. Travelers will find when they visit that it is also a very modern city that chooses to meander coolly through life at an unhurried pace while providing lots for the locals and tourists to see and do. For lovers of art, visit Zürich’s Kunsthaus museum, with many Swiss artists and the works of Van Gogh, Monet, and Chagall. Stroll down the popular avenue Bahnhofstrasse. Not only can you find Paradeplatz, the center of Swiss banking, but you will also be walking down one of the most expensive shopping streets in the world, with many high end and luxury shops. For special occasions go to the Jules Verne bar that offers 360-degree views of the city.

To see where the locals roam, visit Zürich West, a formerly run down old warehouse district, but recently buzzing as a new attraction in town. The arches of an old railway viaduct provide an exceptional architectural setting for the Zürich West shops, cafes, and restaurants. While there, visit close by Frau Gerolds Garten, an outdoor garden dining area with artistic murals and garden beds all around. Highlights include a Saturday market during the summer and during the winter, a fondue tent. The clear waters of Lake Zürich or the Limmat River, which runs through the middle of the city, are a must see as well. Locals gather here to dance, swim, sunbath, boat, or drink a cold beer. No matter what you explore in Zürich, you are sure to enjoy the view, the people, and the many things to see.

Geneva is not as large as Zürich, but is a quaint city close to the Swiss-French border. Many people are aware that Geneva houses the United Nations, is the final resting place of the great actress Audrey Hepburn, and is home to many talented watchmakers. Yes, Geneva has the arts, the orchestra, the ballet, and the opera, but it also has places like Plainpalais. Plainpalais is one of Geneva’s diverse districts, filled with expats, young locals and university students that is full of life year round. Plainpalais has a large neighborhood square, underground jazz bars, and quirky boutiques. To see Plainpalais or any of the other neighborhoods, do as the locals do and pick up a bike at one of the numerous bike rental kiosks or ride the easy to navigate local bus system. Before you leave town, make sure to devote time to seeing the Jet d’Eau fountain that features a 140 meter high water spray.

Perhaps one of the most relaxed capitals in all of Europe, Bern, Switzerland is a city that moves at its own speed. With a population of approximately 130,000, the rural and the urban intertwine closely in Bern. Here the city and forest intermingle, the Aare River is ready and waiting to be admired, and the Alps are always around the “Riverbend”. While in Geneva, visit Old Town and see Bern Münster, an impressive protestant Gothic cathedral. Then travel up the hill to the tranquil public park Rosengarten, with views of Old Town and the Alps. Also stop by The Federal Palace, the national parliament of Switzerland, adorned with stained-glass windows and a 64 meter high green dome, to help make your trip to Bern complete.

Ski resorts and mountain towns decorate the Swiss Alps, but St. Moritz is perhaps the most famous and world-renowned. Host of the Winter Olympic Games in 1928 and 1948 and home to the oldest tourism board in Switzerland, a trip to St. Moritz is unforgettable, but unfortunately your wallet won’t forget the trip either. The five-star hotels and their restaurants are some of the biggest attractions in the town, but if you have the money to devote to dining in St. Moritz, you will not be disappointed. Over 30 restaurants adorn the mountains’ sides, providing magnificent views to compliment your meal. Keeping things ever exciting, the St. Moritz Gourmet Festival is held during the last week of January and in 2016 they will host master chefs from Japan. For those looking for a more relaxed visit, stay near the shore of the lake where the spa region caters to mid-range clients, and of course the views are always free.

Whether you’re staying there for a few nights or moving there to stay for a few years, Switzerland will draw you in with its culture, its cities, and its mountains. As the Swiss embrace their new technological advancements and innovations, it is safe to say that they will always remember to look back and appreciate how their history got them to where they are today. Switzerland is a must-see for any traveler and is a haven for the whole world to visit, embrace, and admire. 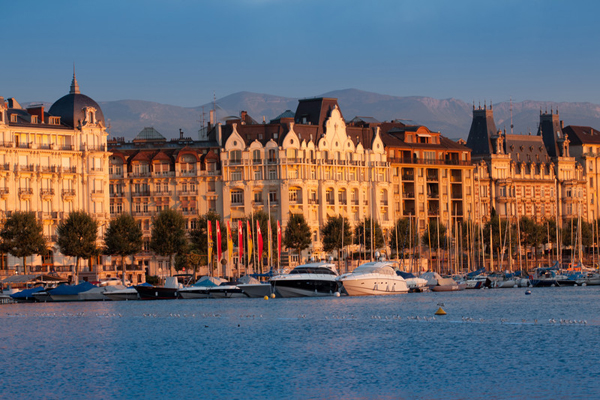 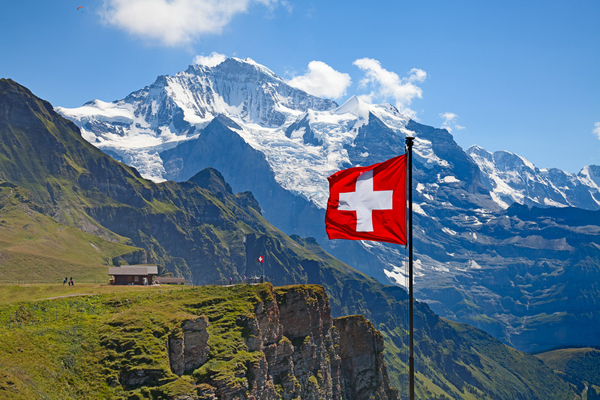