Moving from Japan to Germany

Shipping from Japan to Germany

When you're moving from Japan to Europe, there’s sure to be more than a few things that will look a lot different than before. But don’t worry -- with a little bit of education about the place you’re going, you’ll arrive ready to tackle the changes in climate and culture, and all the other things that will be slightly different about moving to Germany.
As you prepare for your big adventure, here are a few things to consider.

For the most part, Germany has what is known as a “continental” climate, meaning the weather and the temperatures can fluctuate widely in a very short amount of time. Overall, the temperatures are temperate and somewhat mild -- meaning you won’t get a lot of extremely cold and wintry conditions in most cities, but you also won’t get a lot of searingly hot days, either. As you pack your belongings, think about packing clothing that will withstand cool, wet conditions. Think rain boots, waterproof jackets and umbrellas. If you’re a winter sports fan, the southern parts of Germany will eventually call your name -- as that’s where you’ll find the smaller Bavarian ski resorts.

Of course, it’s always important to check on the specific weather of the city or town where you’ll be living. In general, the cities along the northern coast experience, wetter, more grey winters than those farther south.

The food in Germany will be quite different than what you’re used to in Japan -- but with an open mind you’ll likely find some delicious treats that delight your palate. Bratwurst is a big hit at German “fests” and other outdoor events, and it comes in a host of different flavors, from curry to white wine. Pair it with a piece of crusty “brotchen” and some mustard -- as well as a tall glass of beer -- for a signature German treat. And while we’re on the subject of beer, you’ll probably find many types of beer that will suit you, as lagers and other light beers are the name of the game, just like they are in Japan.

In the larger cities, you’ll also find Germany’s proximity to the rest of Europe really comes in handy, as it’s easy to find authentic Italian pizza, delicious French cuisine, and other international delights. German food, by the way, isn’t just limited to bratwurst. Other popular dishes include schnitzel, a cutlet of pork or chicken breaded and fried, as well as goulasch soup and a host of mushroom dishes. When in doubt, stop in at a local “backerei” for fresh bread, and then pop over to a local cheese shop for something to go with it.

Germany’s cultural differences may take some getting used to -- but that’s the case anywhere you roam. One big difference between Japan and Germany is the issue of personal space. Asian cultures tend to crowd together in subways or in queues; but not so in Germany. Germans definitely honor more personal space than Asians.

Likewise, Germans may appear less-than-friendly upon first meeting. Don’t take it personally. Germans tend to appreciate deep friendships and meaningful relationships, and those take time to foster. When you first arrive in Germany, it may take time to make friends and to feel connected. On the flip side though, spend just a little time with a few Germans in one of the local beer establishments and it’s likely you’ll have a raucous good time and make a few new friends.

German homes and apartments typically come without any appliances such as stoves and refrigerators, but that doesn’t necessarily mean you should bring yours from home. Consider the electrical current changes carefully before you decide what to add to your packing list, and when in doubt, set aside a budget for purchasing new electronics and appliances when you arrive in your new home in Germany.

Moving to a new country from Japan can be an overwhelming prospect, but it’s also an exciting adventure! With ample preparation, you’ll be able to make your move with ease. 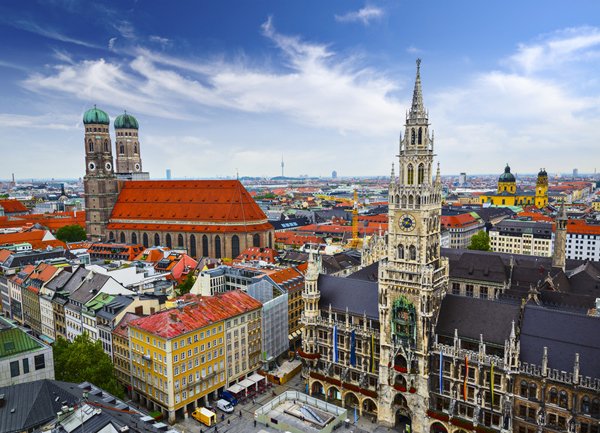