Moving from Japan to Netherlands

Most personal effects shipped from Japan for your own personal use can be imported to Netherlands duty-free, however, there are some items which may not be duty-free. The items which are not duty-free include such items as food*, medicine*, or any other item that is less than 12 months old.

*Note that as we mention in other pages of this website, most airlines and ocean carriers do not accept foodstuff or medication, therefore they may not be accepted for transport even if they are something that can be imported to Netherlands by paying duty/tax.

The Netherlands was literally known as the “Lower Countries” in the time of the Middle Ages and has since become a flourishing nation, which has one of the highest tolerance policy rates in the world, due to their cultural and religious history in the by gone days. The Dutch United Province (from the seven provinces) declared its independence from Spanish rule in the year 1579 and is now ultimately known as the Kingdom of the Netherlands, whereas the Dutch people and foreigners alike often call it Holland.

The size of the country is 237 times smaller than the United States, with a population of 17 million residing in this tiny land. The Netherlands is also known to be a European agricultural country and is one of the world’s largest exporters after the United States on food, flowers, fruit, dairy and meat products. Who would have thought that such a small country could produce so much to supply the world!

Another aspect that you will notice of the Netherlands is that you will rarely see a hill but never a mountain, perhaps maybe a few mole hills. The land of Holland was shaped by the sea and most of the areas which are below sea level in the Netherlands are man-made through what is called “land reclamation”. Therefore large areas are preserved through well-built dikes, pumping stations and canals. The traditional bricked windmills, usually situated by the canals, are still playing a very important role in pumping out water from the lower area to keep Holland from flooding and because of their importance, Dutch windmills are an iconic sight representing the nation of Holland.

The beautiful colourful tulips are considered the national symbol of the Dutch nation. During spring time, the blooming brilliance of the tulips emerges everywhere in Holland making it a spectacular sight. Besides that, bicycles are omnipresent as they are a popular mode of daily transport in the Netherlands. With its flat land and little uphill landscape, the Netherlands has made its country one of the most-bike friendly countries in Europe. Safe bicycle lanes are placed on busy roads to accommodate the enthusiastic Dutch cyclist.

The Dutch people are very straightforward in their speech and don’t beat around the bush when they have something to say. They have a wry sense of humour and are often very traditional. There is some Dutch etiquette that they appreciate being maintained. The older generation are more set in their traditional lifestyles.

Here are some of the places that are the highlights of the nation and these cities are somewhat a representation of the lifestyle, habits and cultures of the Netherlands.

Amsterdam – the city with an elaborate canal system, cafes at every street corner, bicycles weaving in and out of the quiet city. There’s a dull faint music beating in the background as you walk the cobble streets along the canal. Quaint house boats moored on the sides of the canals, floating restaurants, love locks hanging on many of the bridges, old buildings lining the streets in the most unfitting heights, in various shades of colours. None of them ever look the same as the other, yet the quiet subtle different architectural designs and the outspoken fashion peculiarity lures your curiosity and soon enough it will make you fall in love with the uniqueness of the beauty of Amsterdam. The gentleness and the calmness of the city almost make you forget the outside world and all you want to do is to be in the moment.

Leiden - is one of the most well preserved of the ancient cities in the Netherlands. It used to be the centre of the Dutch Reformed Protestant religion in the earlier centuries. In the year 1574, on the 3rd of October, the city of Leiden broke the siege of the Spanish Armada which it had laid against it. In commemoration of this significant historical event, the Leiden Festival is celebrated every 3rd of October. Traditionally on this day, people eat raw herring and bread, for this is all that the folks of Leiden had to eat during the siege. Leiden is reputedly known as the city of universities. It is well known that the Leiden University is on a par with the Oxford University of England. Every Wednesday and Saturday, the streets come to life with the street markets selling vibrant colourful flowers, a wide range of famous Dutch cheese, the traditional fried fish and herring.

Rotterdam – it is most well known as the city of Erasmus. It has also the largest port in the European continent. This city was utterly and completely destroyed in the Second World War by the Nazis, therefore the glory of her ancient past can no longer be seen. Rotterdam is known for its artistic expression whether it be present in architectural designs of buildings or mural paintings or in museums.

The Netherlands is ranked the sixth best place to live in the entire world. Indeed many have regarded the Netherlands as a good place to live and work, whether you are retired, working or studying. Although the tax rates are high, the public services are the repercussion of such high taxes. The Netherlands provides some of the best healthcare insurance policies, pension benefits, and strong school policies that benefit both the child and the parents. The taxes naturally go into the building of the infrastructure and to the betterment of the environment, which has been proven with the Netherlands being one of the countries that constantly presents a very well organized country to live in.

Besides those benefits, the Dutch government is always on the move with innovations and technologies and thus creating a lot of freelance and entrepreneurial opportunities. Nevertheless, the Dutch authorities will only look for highly skilled migrants. If you are not a highly skilled person, international companies such as Philips and KLM have a wide range of work opportunities and will hire workers who moved from outside of the Netherlands.

One of the fantastic things about working in the Netherlands which you will notice if you move there is the strictness of the Dutch working time. Dutch companies will never expect their employees to work overtime or during the weekends. Dutch people value and cherish family life more than other European countries and therefore the work-life balance in the Netherlands are the Dutch norms.

A minimum contract of 6 months employment in Holland.

Have an EU partner that you would like to live with or are going to marry.

Have a professional and highly skilled occupation.

Assuming that you have one of those criteria nailed down, we’ll move on to the next process. Moving away from where you have been staying comfortably such as Japan can be quite daunting. There is never a quick fix on how to adapt to a new environment around you, especially settling down in a new culture, traditions and lifestyle. For most, Dutch culture is one of the stiffest and hardest to adapt to if you are coming from the background of American or Japanese culture.

The Dutch people are a clean community, thus finding a clean and organized room is what can be expected when you move to the country. Accommodation prices are relatively affordable for families. A two bedroom apartment in the central city would cost about €2500 - €2700 per month. Using websites such as funda.nl and pararius.nl are a good place to start with your house hunting.

Transportation in the Netherlands is usually highly efficient. As in most countries, the means of transportation is not very cheap, but it is affordable. Public transports in the Netherlands are reliable and convenient using an OV system swipe card. Their railway network is highly developed and efficient and connects to most major towns and cities. Train schedules to major cities are mostly every 15 to 30 minutes service. According to some reports, the Netherlands has the most densely populated roads in Europe. If you are driving to and fro for work, expect long hauls of traffic. One of the most popular modes of transport is the bicycle. Cycling in the Netherlands is safe and easy. Most consider it a relaxed activity. Bicycle paths are made specifically for cyclists throughout the Netherlands. Cyclists are given the priority in traffic rules. Depending on where you live and work, cycling can be the fastest and can even be more efficient than a car.

If you move from Japan, you will find that Dutch food can add color to your expat life. They love their fries with loads of sauces, oven baked mashed potatoes with vegetables, thick pea soup with sausages, and the Dutch love their sugar ? pancakes covered in syrup and icing sugar. One of their favorite delicacies is herring. Raw fish comes garnished with raw onions, held by its tail over the open Dutch mouth. Dutch can be quite weird. Despite the fact that Dutch can be very traditional, they do once in a while order a Chinese takeaway or other Mexican food.

Dutch people can give quite a cultural shock to many people who have moved from abroad. As they are known to be straightforward and blunt, they don’t mince their words. One of their upheld traditions is birthday parties. Most guests do not wrap their gifts and the birthday person must serve their guest. Do not attempt to help yourself or be helpful. It is not like a buffet style party, but trays with cheese, meat and assortments are passed around twice only, where you can only pick one item at each round after the cake is served. These little savoury delicacies are called “hapjes” in Dutch. So, choose well.

Adapting to Dutch lifestyle means developing a thick skin, punctuality of time and getting physically fit but most importantly mastering the Dutch language (or try to) will warm the hearts of the Dutch people.

When moving from Japan to the Netherlands or anywhere in Europe, the choice of a Japanese overseas moving company is essential. Japan Luggage Express have the experience and knowledge required to make the process of international move as easy as possible. Contact us for a shipping quotation today. 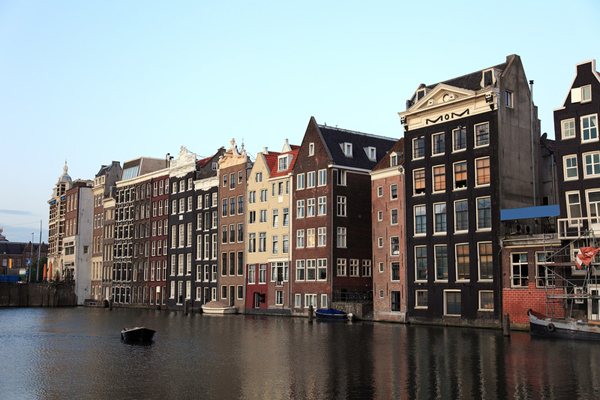 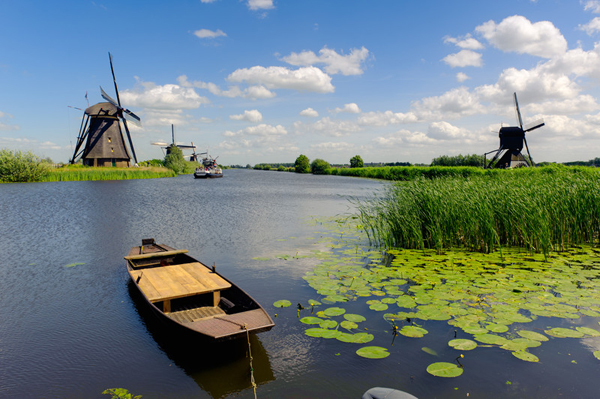 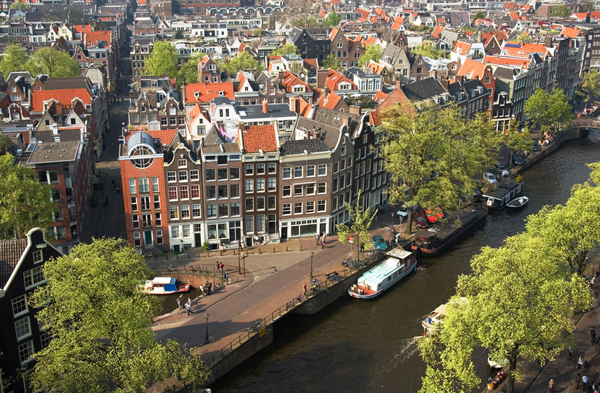